You are here: Home / Projects / A SPIDER”PLANS” ITS WEB: Thoughts on a possible prejudice…The Hutchings Journal 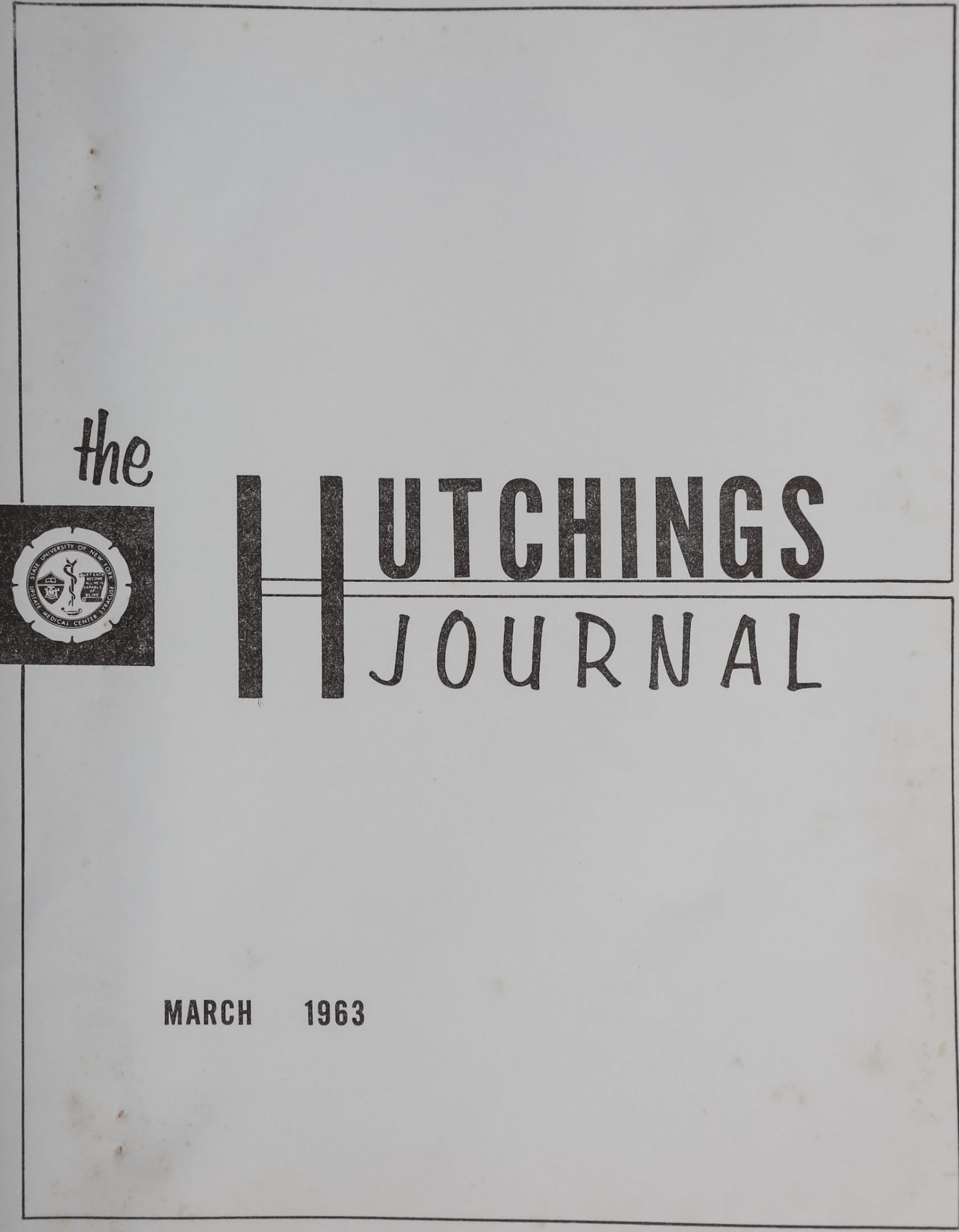 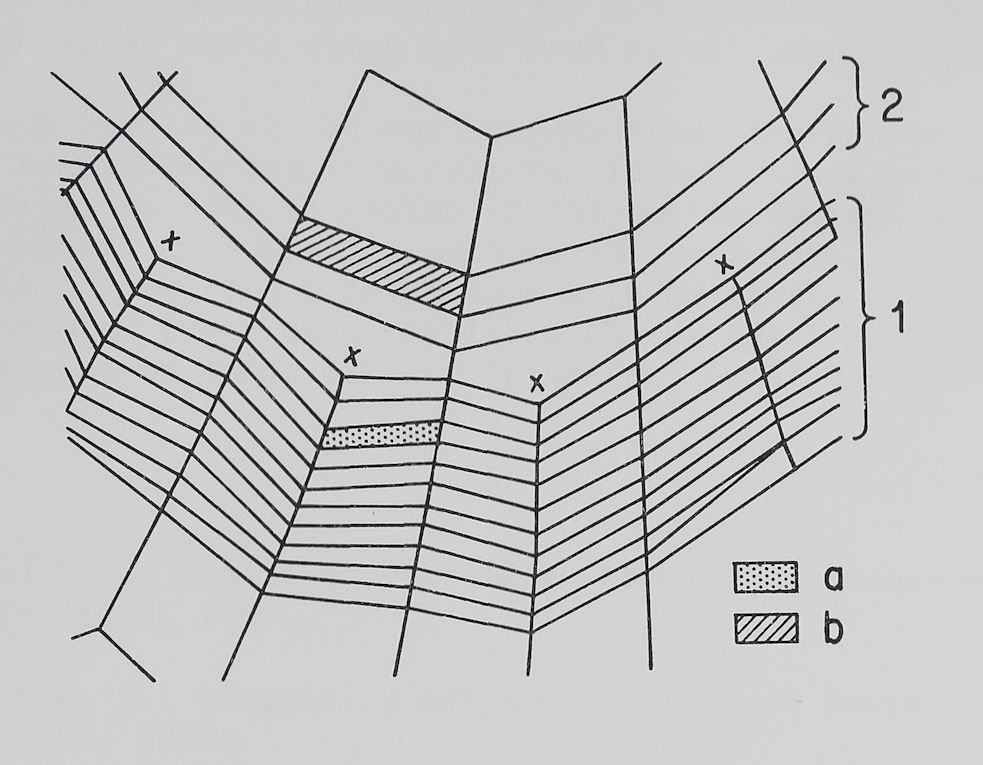 A SPiDER”PLANS” ITS WEB: Thoughts on a possible prejudice in the

The Hutchings Journal is published by medical students of the State University of New York, Upstate Medical Center in Syracuse under the auspices of the Department of Psychiatry. Contributions and letters should be submitted to;

The Hutchings Society, Department of Psychiatry, Annex #3. Material should be typed, double or triple spaced with wide margins, and kept within 1500 words for major articles, 1000 words for minor articles and 300 words for book reviews and letters.

Only reluctantly do we accept the concept of foresight in animals» It is easy to draw a condescending smile from an audience by quoting from 19th Century literature passages like those about the “disgusted,” “sullen,” “docile,” “composed” spider with “tender feeling” or living “in conjugal happiness” planning carefully for its offspring (Peckham and Peckham, 1887)«. On the other hand, nods of approval and favorable comments are earned from listeners when we compare drive to a water toilet which Is flushed and slowly fills up again* By avoiding the anthropomorphic approach to animal behavior I feel sometimes that I look at an animal as being essentially a little machine, cleverly programmed in its genes, reacting mechanically to its surroundings, maybe slightly tinged by a few emotions, but never permitted to look into the future and plan ahead* By trying to avoid one preconceived notion about animal behavior one may have slid into another one. One risks censoring observations through fixed Ideas about interpretation.

An example should illustrate this point; The area which is covered by the geometric orb web of a garden spider is predetermined in size for each individual. It depends largely on the length of the spider’s legs and grows in size as long as the legs grow longer (Witt and Baum, 1960) • This area is bound by the frame threads and subdivided into nearly equally sized little rectangles by radii and catching spiral.

The size of these small rectangles, the meshwidth, however, can be varied experimentally.

During one summer project students pasted little lead weights onto spider’s backs increasing their body weight by about 30% (Christiansen, et al., 1962). All the heavier animals built webs on the following morning which were wider meshed and constructed with a shorter thread. An analysis of the amount of thread material showed that the total web contained about the same amount as that of the light spider but the shorter thread was thicker than before. The heavier spider had built a thicker thread (presumably to hold itself up) and having a limited amount of material at its disposal had fastened it farther apart. Removing the weights reversed these changes.

In another experiment spiders were fed their old webs or were given the cholinesterase blocking agent physostigmine (Breed, et al., 1963). Both procedures led to webs which covered a slightly larger area with a considerably longer thread fastened in very narrow meshes. The amount of web material was increased* As far as could be established with tracer and other methods both procedures had resulted in an increased production of protein in the silk glands and the spiders had disposed of these relatively large amounts by making larger, narrower meshed webs.

Experiments with eliminating or adding threads during the web-building process have taught us that the slope of the catching spiral is dependant on the angles between radii. A spiral which is built across a large number of radii which enclose narrow angles between them contains many more turns than a spiral built on radii which Are spaced widely apart. This can be explained by the assumption that the spider takes the shortest way from radius to radius during spiral construction, moving perpendicular onto the next radius (Witt, 1952).

In this experiment Peters (1939) cut every other radius (x) after the first half (1) of the spiral had been built. The spider built the second half (2) of the spiral steeper, mesh ”b” being longer and wider than ”a.” The experiment shows that the angle between radii which is built in the initial phase of web-building determines mesh width.

These observations lead to the concept that in the very beginning of web construction when the spider weaves the first radii and frame threads it determines the slope of the spiral and through this the mesh size. Because the animal uses nearly all thread material contained in the glands, being neither able to produce more during the 20 minute web-building period nor running out of material before it finishes, the amount of silk to be used is determined at the start of the building period. If we are correct in assuming that web size is determined through leg length and thread thickness is determined by body weight, we have to conceive the spider to ”do a number of quick calculations” as it begins to build a new web:

2# It establishes the length of its legs in order to determine the size of the web to be built.

3* It recognizes its body weight in order to determine the thickness of the thread with which construction is performed.

4* With the help of the known amount of thread material, the thickness of the thread, and the size of the area to be covered it determines now the average mesh width in the geometric orb web to be built.

5* After having obtained the figure for mesh width the animal selects the right angle between the first radii which will lead to all other proportions.

By putting the results of all our observations together we are left with the surprising conclusion that the invertebrate “lower11 animal performs these acts day after day adjusting the overall design of the web to variations in single components. It directs its actions to achieve something in the future. Given the biologically intelligible task of covering a large area with as little material as possible (in order to catch as many flies as possible) with the least possible effort, the first step in web construction shows perfect “planning” leading towards the final geometric pattern.*

Peckham, G.W. and E.G.: Some observations on the mental powers of spiders.

Witt, P.N. and Baum, R.: Changes in orb webs of spiders during growth.

Breed, A., Levine, V.D., Peakall, D.B. and Witt, P.R.: The fate of the intact orb web of the spider Araneus diadema tus Cl .in preparation.

* The reader is challenged to:

a.    Develop the formula for calculation of the first angle,

“Satire is a sort of glass, wherein beholders do generally discover everybody’s face but their own.”

A SPIDER”PLANS” ITS WEB: Thoughts on a possible prejudice…
The Hutchings Journal