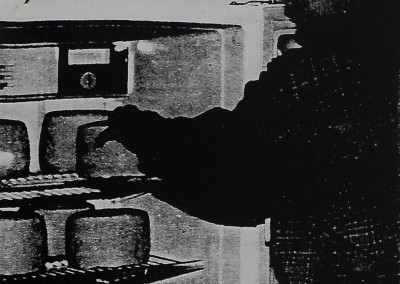 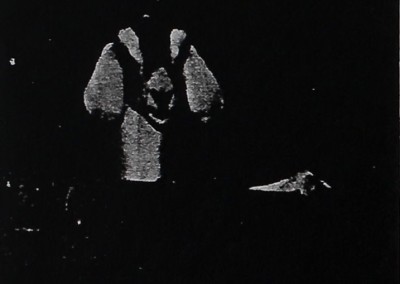 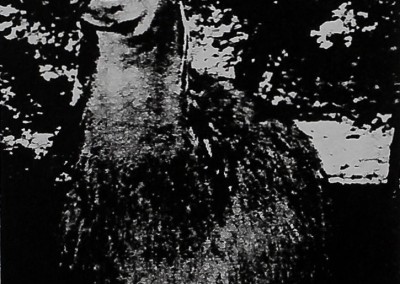 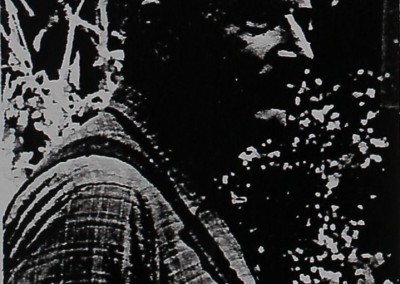 HARVEST EDITION, Thursday. October II. 1984 11  herd of guanacos stand silently. acknowledging the presence of a visitor. The emus, more daring and curious than most of the other animals, are related to the African ostrich. They have very small wings in comparison to the size of their bodies and their feathers thickly cover their torsos. “They love to have a bath in the morning.” Witt observed as the birds voiced their pleasure with a deep throttling sound. “Youcansee they are still wet.” Beside the emus, the llama stands quietly awaiting his turn for the attention. “People are starting to use the llamas more for carrying luggage and for heavy weights.” Witt said. The trend had died out for several years, he said, but has recently seen a resurgence in some countries. Yet farther, reaching to the extremes of thejproperty line, lies a stretch ofland belonging to the mountain sheep and guanacos. The slightest movement toward either of the two herds and they scamper to another part of the held, quickly and dose together. ‘The mountain sheep don’t exist in freedom at au anymore,” he said. “They get very thick fur in the winter and look like sheep, but in the summer they shea it and look like deer.” Despite their “deer-like” appearance, they are sheep, “genuine mountain sheep,” and their young can run as fast as the adults as soon as one hour after birth, Witt explained. The sheep and the guanacos run from any prospective human contact, the result of surviving years of hunting. “Only the quickest and the most timid have survived,” said the professor. The closest relative to the camel, the guanacos sell for several thousand dollars, hesaid, and the mountain sheep are sold for about $100 each. Witt checks the goat cheese in his refrigerator. The animals have become the real money-makers at the Witt farm, he said. Selling them and their offspring brings in money he could not make by producing cheese. In the 18 years he and Inga have lived in their home near Knightdale, they have transformed a one-time jungle area into a natural habitat for the animate and themselves. Onanother part of the lot, a man-made pond is bordered with almost every type oftree, bush and shrub imaginable. On one side of the pond, Witt has planted an orchard of several different types of fruit trees. On another side are pine trees, oaks and others. Still another side boasts several bamboo shoots, one approximately 3 inches in diameter, Witt’s pride. On the fourth side. Witthas planted some of his “experimental” projects, another leftover of his scientific up bringing. Witt even grew tobacco for afew years, but now he concentrates on growingfeed for his animals. “Pm trying to prove to myself that you can farm in this day and age without herbicides and other such things,” he said. And that he has. His animate, say veterinarians, are exceedingly healthy, his cheese is bacteria-free and his life after retirement is full and anything but boring. panied by three bucks for breeding purposes). The goats have personalities all their own. Wilt said, but each of them dislikes rain. Therefore. each goat has his or her own stall, complete with a roof. Making them happy is one of the first steps in preparing good cheese. A little farther behind the building are the bucks, content for the time being because it is not raining. Like their female counterparts. they become overly attentive at the sign of a stranger. A glance to the right and a visitor will swear he has stepped into a photographic feature in National Geographic magazine. Two emus, a llama, a herd of mountain sheep and another PImIm by EUioc Confer Above; one of Dr.PetefËWitt’s milk-givers peeks put over her stall behind the cheese-making room. His^llama, right, stands quietly in a picture-perfect pose. Below,AWitt gazes ftp the pond ‘%hd’~trëés~behind hîShàrneÆ by Elaine Conger To some people, the word “retirement” brings visions of rocking chairs, knitting and general boredom. Not for Dr. Peter Witt. The Swiss native, now a resident of Knightdale. retired in 1980, only to begin an entirely new business for himself — cheese making. Witt makes thecheese from his goats’ milk, who nourish themselves on homegrown hay. The goats on his farm share in the duties of milkgiving to help provide a little extra income for him andhis wife. Inga. After working for almost two-decades with the state mental health department in Raleigh, and after teaching medicine at Syracuse State University in New York for 10 years. Witt began putting most of his attention into his Knightdale hideaway, far removed from the hustle and bustle of Smithfield Road. There, a stroll through the wooded 3&acre lot sends one’s imagination reeling—beyond the limitations of national boundaries — witnessing a gathering of countries in the form of animate. But back to the cheese. “Each cheese is made with aprotocol.” said Witt. “That way I know what’s been done. I guess that’s a leftover from my scientific upbringing.” Witt milks his goats each day. storing the milk immediately in a refrigerator in a room he built especially for the cheese making. When enough mite has been stored (usually “enough” is six gallons). Witt starts the process. After preparing the initial ingredients, the chef puts the curd in and presses the cheese for five days to give it a round shape. An eight-week aging period is required before the cheese is edible. “I designed this room so that it’s really a pleasure to work in here,” he said. But before he can work in his favorite room. Witt must trek to the backside of the building to feed and milk his goats. Behind the cheese building are several goats (accom-