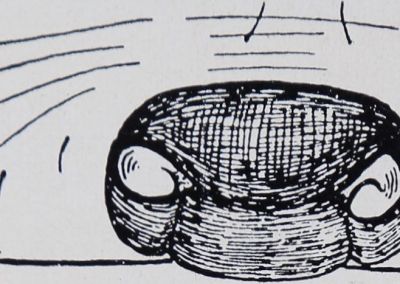 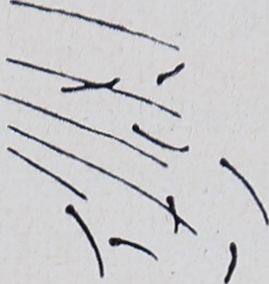 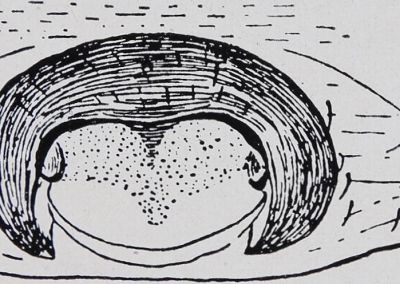 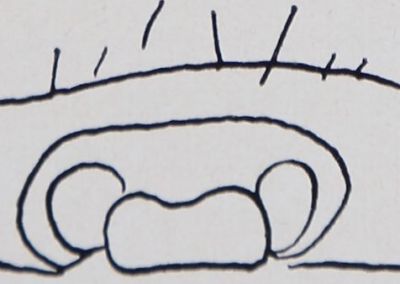 A spider with the physique of Zilla-x – notata behavior, but with a different network construction

In pharmacological experiments with Zilla-x notata CI. in Bern in the years 1949-1954 (Witt1) it struck me that the radii number of networks did not agree with the stated in other works. So are King 2 for his Zilla litterata- = Zilla-x-notata- nets on an average number of 25 radii with extreme values ​​of 21 and 31 surveyed in 261 networks. I myself was in Tübingen in 48 investigated during the same month an average radii networks number of 24.4 with extremes of 18 and 32, ie agreed with the built under laboratory conditions in Tübingen networks with the figures of king of Freiburg agreement. In 104 in Bern in the course of 4 years, again measured in the same summer, I counted an average of 42.5 radii networks with extreme values ​​of 20 and 60, a difference from Tübingen, who at the t test of Student with T = 4.7175 P 0.01 = 3,361 could be statistically highly secured Figure 1 shows a network of Bern.

WiEHLE3 writes about the networks of Zilla litter ata = Zilla-x-notata CI .: “When standing for treating type the spokes varies greatly, my notes have numbers 14-34 on, after all, dominate the front of 25-30.” By contrast, writes Wiehle 3 via the network of Zilla atrica (cooking), that it is clear from catching fabric of Z. litterata differs by the larger radii number. “This is particularly striking in the networks of the animals prior to the penultimate and last

Fig. 1. Zilla network from Bern on 29 September 1954 40 radii. The network was built by the animal whose epigynum in Figure

developments are consistent with those in B ösenberg 1 match. Figure 4 shows a photograph of the drawn by epigynum as we at all to our Laboratories

torium found in Berne related Zilla. After little doubt seems possible that with

a body features of the Zilla-x-notata to be addressed, the network construction of Zilla atrica näher-

Fig. 4. Drawn photograph of a Bernese epigynum Zilla. (The picture I am indebted to the kindness of Dr. C ottier and Dr. G Arnier the Pathological Institute of the University of Bern.) The arrow points to the for Zilla-x-notata caudal Chitinspange characteristic.

have worked standing Art in Bern. Other sub- studies will show whether in Bern we have a just in network construction of the described Zilla-x-notata have different kind before us and whether other parts Kuropas other network forms of Zilla-x-notata be found.

Hei determining the spiders I owe Prof. Dr. M. M Eyer from the Zoological Institute of the University of Bern valuable support.

From the Institute of Pharmacology at the University of Bern, 25 October 1954th

A spider living in and around Berne is Described Which shows the epigynum of Zilla-x-notata Cl. but Whose web has a Significantly Higher Number of radii in the manner of Zilla atrica (Koch). , Y 1