You are here: Home / Projects / Experiments of webs are providing interesting insights…SCIENCE and MATH WEEKLY 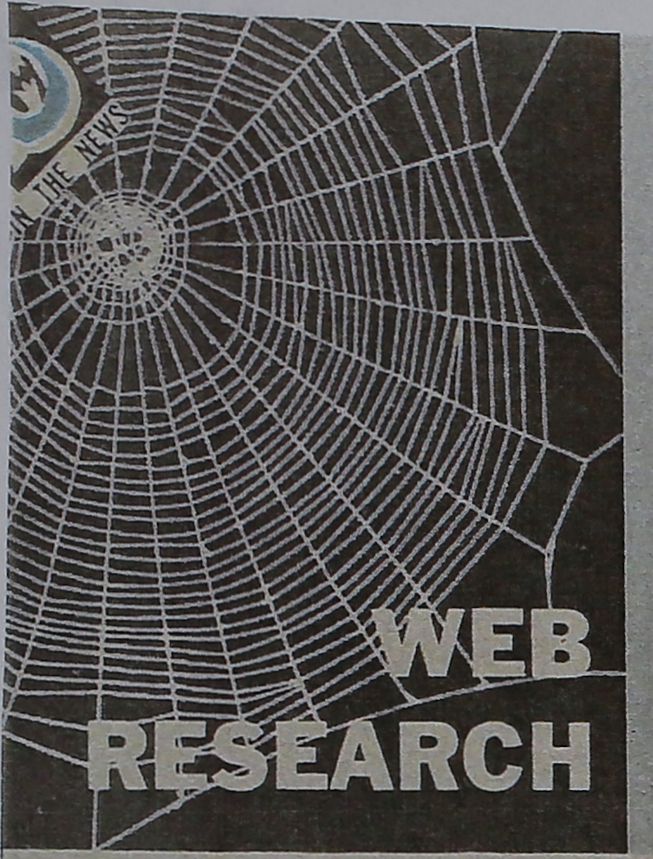 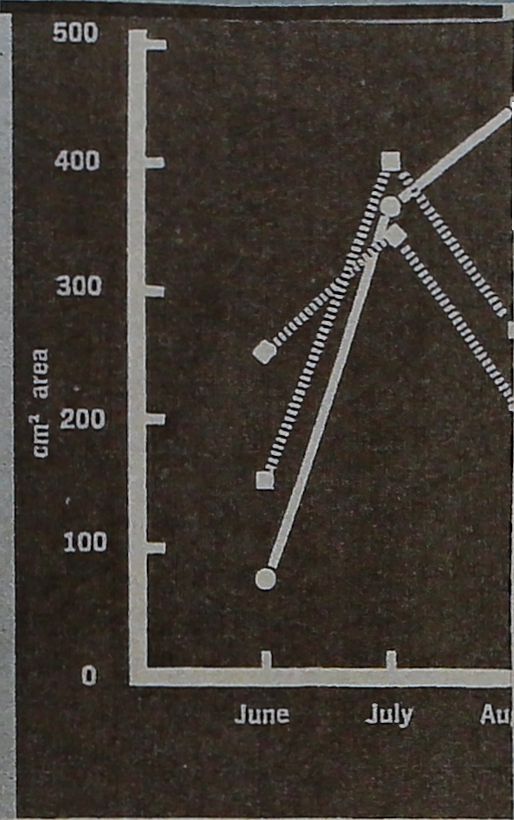 ONCE A DAY, for half-hour peri-, ods in the early morning, the female!) spider Annie us diadematus Cl. spins ; a wch. The old web is eaten.;

(, The old web is eaten,- that is:„uiiless J-it is .removed. To the spiders in the laboratory of Dr. Peter N. Witt this is ^».■precisely what happens. Dr. Witt,, as« I sociate professor of pharmacology’ at . the State University’ of New York, removes the webs and studies them. His experimental techniques have pro-; vided some interesting results.

I many’ species of spiders called orb weavers. A normal orb web is shown

I    at the beginning of this article.

II    The orb-shaped web is an economi-, cal one to produce. The spider covers I the greatest area with as little! mate-1 rial and work as possible. The larger | /the area, of course, the greater the

These considerations led Dr. Witt to wonder if the limiting factor in web building might be the amount of thread material produced. His experiments were designed to answer the question: How are web proportions related to the amount of building materia! available?

1 )r. Witt recorded experimental data on (wo kinds of experiments. In oiu . the motor behavior. or sequence

To the left is the normal web of Araneus diadematus Cl. The graph at the right shows the changes which occur in web de^ sign as the spider grows. Note that after an early in-. crease, the web area remains constant. In contrast, the number of radii and spiral ‘ turns declines. :.

of movements followed by’ the web-spinning spider, was observed. In the other, the patterns of the web itself, as well as the amounts of protein material which went into .its construction, were determined. .

The spiders were kept in aluminum cages under controlled temperature, light, and humidity. Even,’ day, they’ were driven out of their webs. The , empty webs were then prepared for photography by’ spraying with glossy white Krylon.paint. They’ were spread over a dark box and illunnnated1 from the side. The photographs Were taken with a high contrast 35 mm film.

mahle to adjust and repair the dam-jage. This, in itself, indicates a lack of any ‘‘reasoning’’ on the part of the |spider.

gSI is also qirifq„evident; that. yyel|£ building is independent of learningfj Spiders raised in narrow glass tubes; without a chance to “praeföde’–-,w§||| building, construct a perfect wiefe •when released.; Furthermore, young spiders never see another spider web before building their own. The entire-process appears to be a “mechanical,” rather than a learned one.

What about the second phase of the experiment . . ; that of determining the amounts of protein material going into each web?

All proteins contain the element nitrogen. Therefore, by assuming that all the webs of this species of spider consist of similar proteins, the nitrogen content of the web can be taken as a direct measure of protein content.

Each web was cut free from its supports and collected bn a nitrogen-low filter paper. After being chemically’ digested, file nitrogen- content was d ete r m in e-d using an instturiienfu known as a spectrophotometer.

Before each web was digested, its’ diameter, number of radii, and spiral turns were, counted and measured; From these data, the thread length

was calculated. Assuming that all the thread in one web is of uniform thickness, the quotient of the nitrogen figure,and thread length provides a measure for thread thickness. Thread thickness, in turn, gives a measure of the amount of material per unit length.

r-f.«Äeitesults of this work are shown in the illustrations on these pages. After gal certain time, the amount of web material used (as measured bv nitrogen analysis) remained the same. The area Of the webs also remained die same, However, later webs were built with shorter and thicker thread. Thus, they’ had. wider meshes.

It was noted that the spider’s body mass had increased considerably’. Could the spider be building a stronger web to support its increased mass?

It was reasoned that a spider with a greater mass faced two alternatives. Having a limited amount of thread at its disposal, it could either (a) build a smaller web, or (*b) build a wader meshed web of full size, with shorter and thicker threads. The second alternative had beeuyfollowed.

It was.deeided to test the increased-inass hypothesis. The reasoning was as follows: IF the mass increase of the spider causes thread thickness and mesh w’idth changes, THEN increasing the spider’s mass w’idi a piece of lead should result in an even thicker thread .with even wider meshes. The

As a result of these and other experiments, Dr. W itt has proposed an explanation. There must be some signal xvhich communicates to the central nervous system the amount of silk which is ready in the gland for thread production. Body’ mass determines thread thickness. The combination of amount of silk available and body mass, therefore, indirectly’ determines, the length of thread the spider can spnri,.! f:- A -A’:

The length of the spiders web also’ influences web size.- From all these-data, the mesli width of the future-w’eb can he established in advance. By doing the radii first and determining the angle betw-een them, the spider automatically predetermines the’ w’eb pattern. In tlie end, it will have covered the largest possible area with, a web still strong enough to support its own body.

Thus we see here a close interre-j lationship betw’een biochemical proc- : esses and motor behavior. The speed’ of protein synthesis determines the filling of the silk glands. This, in turn, regulates the motor behavior of the spider in building the proper web pattern.

Webs- built by the same spider at three.different age

information given in the graph above. Age at-spinn    The mass of this spider has been, increased by about 22 per cent by the-addition of a lead weight (arrow). The

web B, four weeks; web C, five months. –    results on web patterns are shown below to the right. Protein values for the experimental web were almost

doubled. When the weight was- ‘removed, the protein content- returned to the control level.