You are here: Home / Projects / Into the spider’s parlorPeople 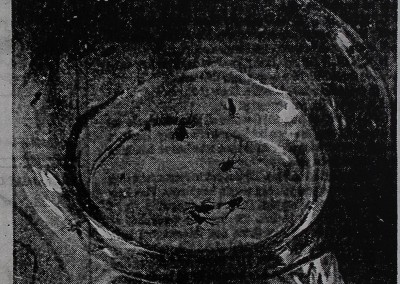 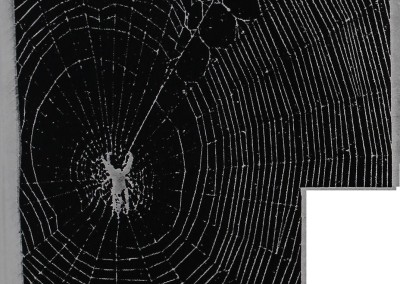 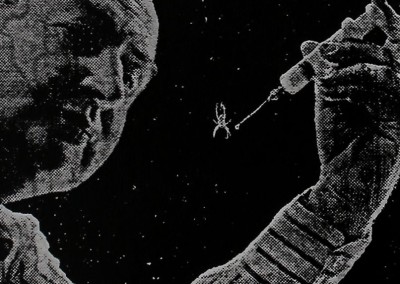 Into the spider’s parlor

The spider’s parlor. A tempting place, for ^insects . anyway. You Remember; • • Come into my parlor, r ¿ said the Spider to the fly.”

Now North .Carolina’s own spideman.^Dr. Peter N. Witt, is getting a peek inside that famous ; parlor, too — at least that of certain : sociable spiders normally found in / Mexico.

Witt, you may recall, isthephysi-| cían from the state Division of Men-tal Health who helped the govern-r ment send spiders jntö space with • Mhe astronauts. He’s the one who g has i béen &^ng^ó^ “ppiders J ¿-spaced out on drugs, change their patterns of web-building, j ¿ “Now he’s taking thé research in a new-direction. eavesdropping on

the iives of spiders that live together in human-like communities. In his lab at Dorothea Dix Hospital here, he hopes to see how the colony reacts when some of its members are dnigged. He’s also looking at how they group themselves when-left alone.’’ ‘*;v ■sp-ty.;*-:, r-.^p Eventually, what he learns may be applied to humans, Witt said. He;? might.for instance, discover the !^best group and room sizes for men-*’tal patients Or others with abnormal behavior. ;*•;

. ¿¿.But why spiders? j …»With so many cute and cuddly ‘test animals around,-.you Tnight think Witt would havejfchoseh la work with. say. bunnies or guinea” . pigs. But. predictably for him. he went to the creatures that populate ^nearly everyone else’s nightmares.

, 30-year study .Spiders and research are synono-mous for Witt, who began his stud– ies in Europe and still speaks with a trace of a German accent. He has been studying’the arachnids for 30 years. vHe /actually finds them pleasant. /!’ _ . <    /

He’s never been threatened or hurt by one. “If you know the animals and treat them nice,: they cause no trouble at all.” . he explained.

And their lifestyles are so conve-lenient for scientific study, it almost •«•seems they were created for the part. Witt is interested in behavior, and spiders, every 24 hours, obligingly leave a record of their behavior: their webs.

If it’s abnormal .behavior he wants, all he has to do is coax the spiders to ingest a tiny amount of a drug — which they do willingly — and he’ll get all the peculiarities he can handle.

A spider doped with ampheta-. mines, for example, “builds a

small, irregular. » rather messy web,” Witt said. Barbiturates, LSD and THC. the active ingredient in marijuana, all change the spider’s web in their own way.,

■./ Already strange The creatures he has his eye on now. though, are somewhat abnormal in the spider world already.

“Very few species of spiders live in large communities,” Witt said. “These share their food and even prepare food for their young ones.” They are so egalitarian, he said, that when food tainted with radioactive sugar water is given, an absolutely equal amount of radioactivity turns up in each spider.

He knows that, and tah obsérve their other behavior., because he has tricked the spiders into thinking they’ve made a home in a hollow log or crevice. ^Actually. ¿they’re ¿housed . .in^, sever^vlmushrogni-ishaped candy cóhtáiners made bf glass.    ”    ‘

Before that their.home was a wall of web-covered Shelves and plants in Witt’s lab where they were bred and where more are breeding today. He’ll never run out of test subjects.    •-

Nor will he likely run out of research ideas the spiders can help answer.

The spider’s web has trapped another victim.

Into the spider’s parlor
People