You are here: Home / Projects / REGULATION OF THE SYNTHESIS OF SILK FIBROINS…Reprinted from COMPARATIVE BIOCHEMISTRY and PHYSIOLOGY An International Journal 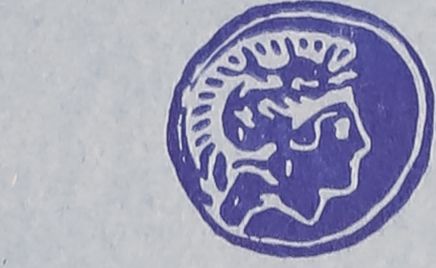 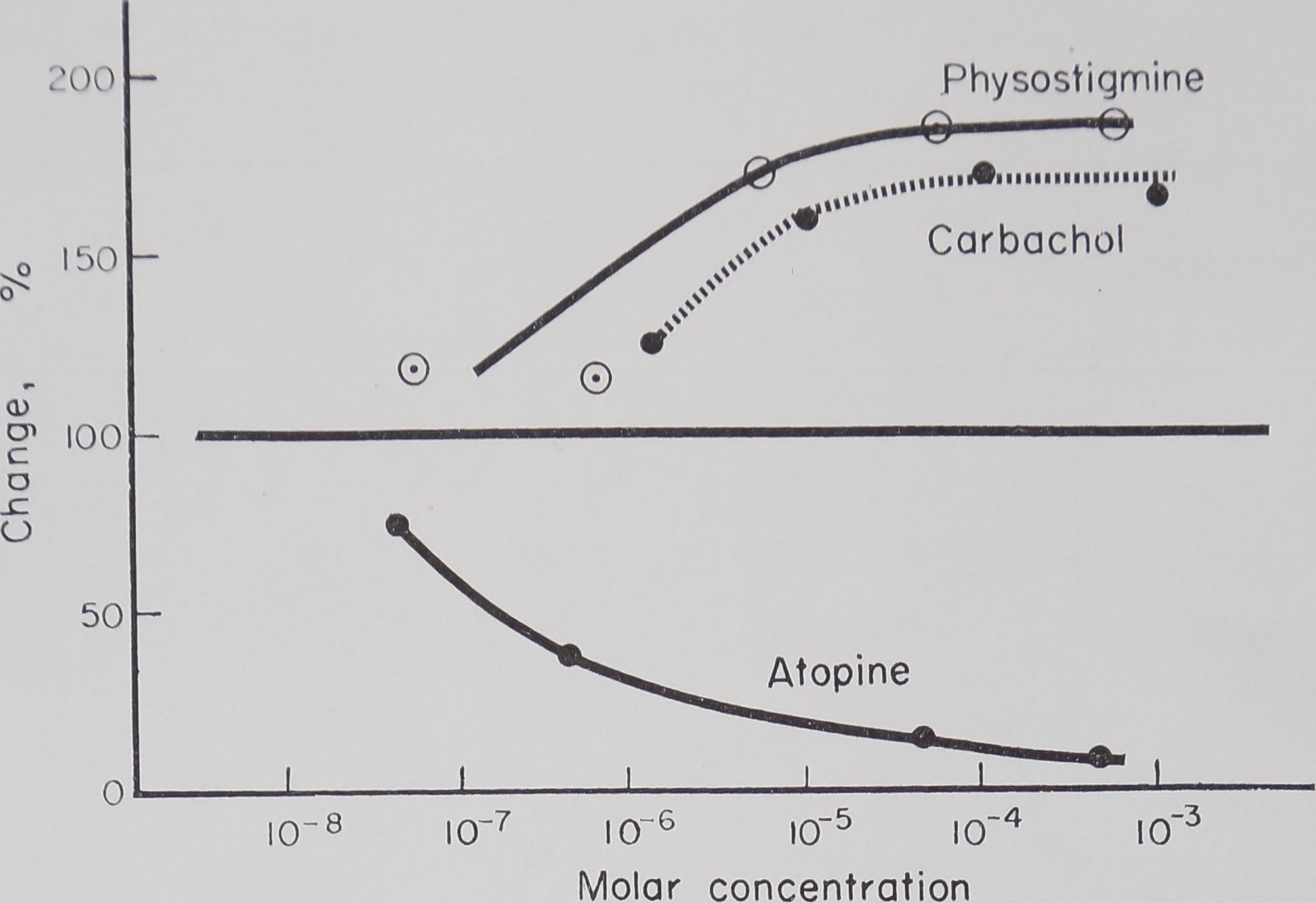 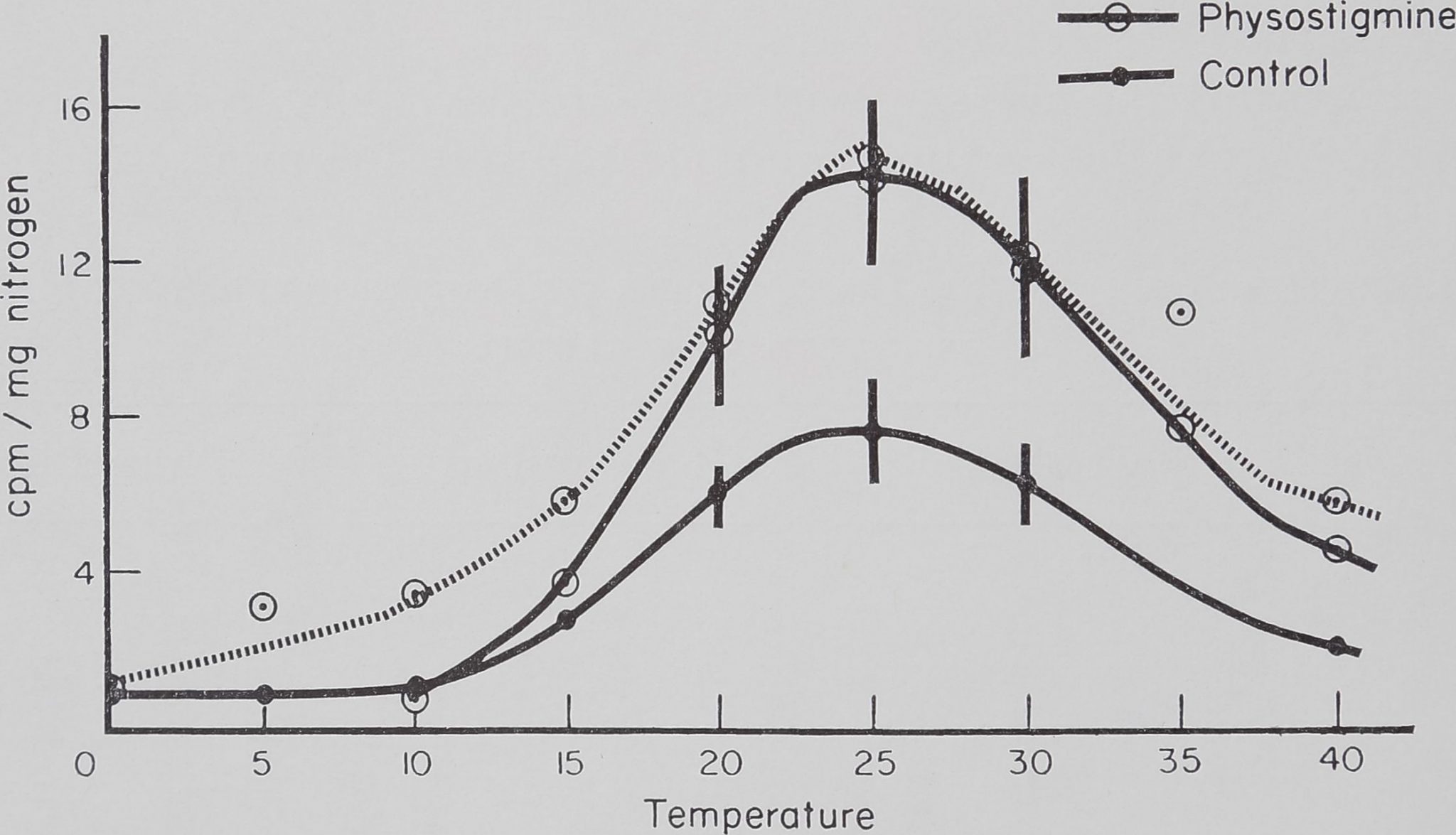 Abstract—1^. The course of incorporation of C14-alanine into the silk fibroin of the spider, Araneus sericatusy was studied by means of autoradiographs. Physostigmine and carbachol increased the rate of appearance of labeled material into both the epithelium and lumen of the silk gland. The rate of adsorption from the hind intestine was not affected by these drugs.

Witt (1963) found that physostigmine increased the amount of protein used in web formation by the spider Araneus diadematus Cl. Direct evidence of. increased rate of synthesis, due to the administration of physostigmine, was obtained by studying the rate of incorporation of labeled alanine into the silk in vivo (Peakall, 1964a). These previous studies also showed that a long-acting acetylcholine-like substance and a permanent cholinesterase blocker acted in the same manner. In this paper the stage of thread production affected by these drugs is investigated by means of autoradiographs and the role of central or peripheral regulation by studies on the isolated silk gland.

MATERIALS AND METHODS Locally collected Araneus sericatus was the species of spider used. In order to obtain uniform physiological condition of the silk glands they were emptied by pulling out the thread 24 hr before the start of the experiment (Peakall, 1964a). It has been shown (Peakall, 1964b) that only the ampullate glands are emptied by this procedure.

* This investigation was supported by research grant PN-5234 from the National Institutes of Health, U.S. Public Health Service.

The first series of experiments were carried out with intact spiders. Both the labeled alanine (5 mc/kg body wt., 87 mc/mM) and the drug were given orally at the start of the experiment. The drugs used were physostigmine (1 mg/kg), carbachol (100 mg/kg) and atropine (1 g/kg). The spiders were killed after a given period (1-8 hr) and the abdomens embedded. Autoradiographs were made from 6/x sections using Kodak AR 10 stripping film. Counts were made on the ampullate glands in the region of the forward part of the lung book, the blood in the region of the glands and in the hind intestine. In each experiment five spiders were used for each of the four periods of time studied (1, 2, 4 and 8 hr). Counts were made of ten areas, each 1 mm2 at a magnification of 860, for each area of each spider.

The second series of experiments were carried out on the isolated silk glands. The glands are attached to the abdomen only by narrow tubes to the spinerettes, the tubes were severed near to the spinerettes and the glands transferred to the incubation bath. The incubation medium was bicarbonate buffer (Krebs & Henseleit, 1932), 20 /zc C14-alanine, 100 [ig amino acid mixture (in approximate ratio to the composition of silk fibroin, alanine being omitted) and a slow stream of air was bubbled through. At the end of 90 min the glands were either fixed for autoradiographs or analyzed for incorporation and nitrogen. After washing, the glands were placed in N NaOH overnight and then warmed to complete the dissolving of the gland. The sample was then split; half being used for radioactive counting using the method of Mans & Novelli (1961) and half for the nitrogen determination (Breed et ah 1964).

Examination of autoradiographs made at different times. (1, 2, 4 and 8 hr) gives a clear picture of the transfer of the labeled amino acid through the body and its incorporation into the silk. The counts of the label found in the hind intestine, blood and silk gland are given in Table 1.

After 1 hr the labeled material is still largely in the hind intestine and the counts in the blood are fairly low. Resolution of the particles in the intestine was not good enough to count. After 2 hr the amount in the intestine is still high but the amount in the blood has increased greatly. It is of interest that none of the drugs examined nor re-pulling have any effect on the rate of absorption from the intestine. After 4 hr the effects of the re-pulling and physostigmine are clear. The amount of activity in the blood is much lower and the activity in the gland lumen is much higher than the control values. The effects are similarly marked at 8 hr. At both times no difference is found between re-pulled spiders and those given physostigmine. As was the case in previous studies, the results with atropine are less clear-cut. However, there is some indication of a slowing down of synthesis.

EPITHELIUM AND LUMEN IN THE INTACT SPIDER

Each figure represents the average, with standard deviation, from 50 counts (10 counts from each of five spiders). Background counts (Bkd) were. 1-4/mm2.

Fig. 1. Effect of temperature on the rate of incorporation of C14-alanine into isolated silk glands. Glands incubated for 90 min in bicarbonate buffer, 20 /jlc C14-alanine, 100 fjbg amino acid mixture and a slow stream of air bubbled through.

Fig. 2. Effect of dosage of atropine, physostigmine and carbachol on the rate of incorporation of C14-alanine into isolated silk glands. Glands incubated for 90 min in bicarbonate buffer, 20 ¡jlc C14-alanine, 100 /zg amino acid mixture with slow stream of air bubbled through.

temperature range. The effects of dosage of the drugs used on the rate of incorporation are plotted in Fig. 2. This shows that atropine has a marked effect, even at low concentrations, which is in contrast with experiments in the intact animal.

The effect of carbachol and re-pulling on incorporation into the isolated glands in the presence of atropine was studied. The spiders were killed by severing at the pedicel and then glands were re-emptied by pulling. The glands were then placed in the incubation medium which contained 1 x 10“5 M atropine. In the case of the carbachol experiment the glands were not re-emptied and 1 x 10“4 M carbachol was added. The results obtained are given in Table 4. It was found that

Table 3—Dose response of atropine, physostigmine and carbachol on the

The results of the autoradiographic studies in the intact animal confirm the incorporation results obtained previously (Peakall, 1964a). However, they enable us to examine which stages of the production of silk protein are affected by the pretreatment. Examination of the distribution of activity 2 hr after the ingestion of the labeled material shows clearly that neither re-emptying nor physostigmine affect the rate of adsorption from the hind intestine into the blood. The data for 4 and 8 hr show clearly that the rate of uptake into the gland epithelium and of transfer from the epithelium to the lumem, are affected for both re-pulled and physostigmine treated spiders.

The results with the isolated gland confirm the presence of an acetylcholine-cholinesterase mechanism. The inhibition by atropine is clearly seen here. Previous work with atropine had shown a decrease in the amount of thread used in web building (Witt, 1962) but experiments on the rate of incorporation of labeled alanine in vivo had not shown unequivocal evidence of inhibition (Peakall, 1964a). The measurements of the effects of physostigmine, carbachol and atropine on the rate of incorporation of alanine clearly show that the acetylcholine-cholinesterase mechanism is still active in the isolated gland. Such receptors, it would be expected, are normally under the control of the nervous system. The experiments with the re-pulled glands show the existence of a peripheral mechanism. Since it is found that the increase of rate of incorporation after re-pulling occurs in the isolated gland, this mechanism cannot work via the central nervous system. This mechanism is not inhibited by atropine and therefore is more or less distinct from the cholinergic mechanism.

At which stage or stages the production of fibroin is regulated remains an open question, and there is no a priori reason to suppose that it would be the same for both mechanisms. The process can be considered in three major steps: absorption of the aminp acids into the epithelium of the gland, synthesis of the protein within the epithelium, and secretion of the protein into the lumen There is some information from other systems on the effects of cholinergic drugs. There is evidence for a cholinergic mechanism in the active transport of ions across cellular membranes in the isolated gills of the crab (Koch, 1954) and in the toad bladder (Hestrin-Larner & Hokin, 1953) but there appears to be no evidence for any cholinergic effects on non-ionic materials. Cholinergic agents are known to stimulate secretion in many mammalian systems. The only study of both synthesis and secretion appears to be that of Schucher & Hokin (1954). They studied the effect of carbachol on the synthesis and secretion of enzymes in pigeon pancreas slices. They found a threefold increase in the amount of these enzymes liberated into the medium but did not find any increase in the rate of synthesis. They concluded that there was no feed-back from the rate of secretion to the rate of synthesis, rather that the rate of synthesis remained constant under a wide variety of conditions. This is clearly different from the silk gland where the uptake of amino acids into the epithelium is stimulated by cholinergic agents and by emptying the gland. Further, in both cases, there is a two- or three-fold increase in the size

of the nuclei of the cells of the silk-gland epithelium. Thus, while the cholinergic mechanism may work at the level of secretion there is evidence for a feed-back mechanism which affects the rate of synthesis of the fibroin within the epithelium.

Acknowledgement—The author is grateful to Dr. Peter N. Witt for his advise and encouragement during the course of this work.

Peakall D. B. (1964a) Effects of cholinergic and anticholinergic drugs on the synthesis of silk fibroins of spiders. Comp. Biochem. Physiol. 12, 465—470.