You are here: Home / Projects / Specificity of the spider web pattern and its efficiency in trapping preyAmerican Zoologist 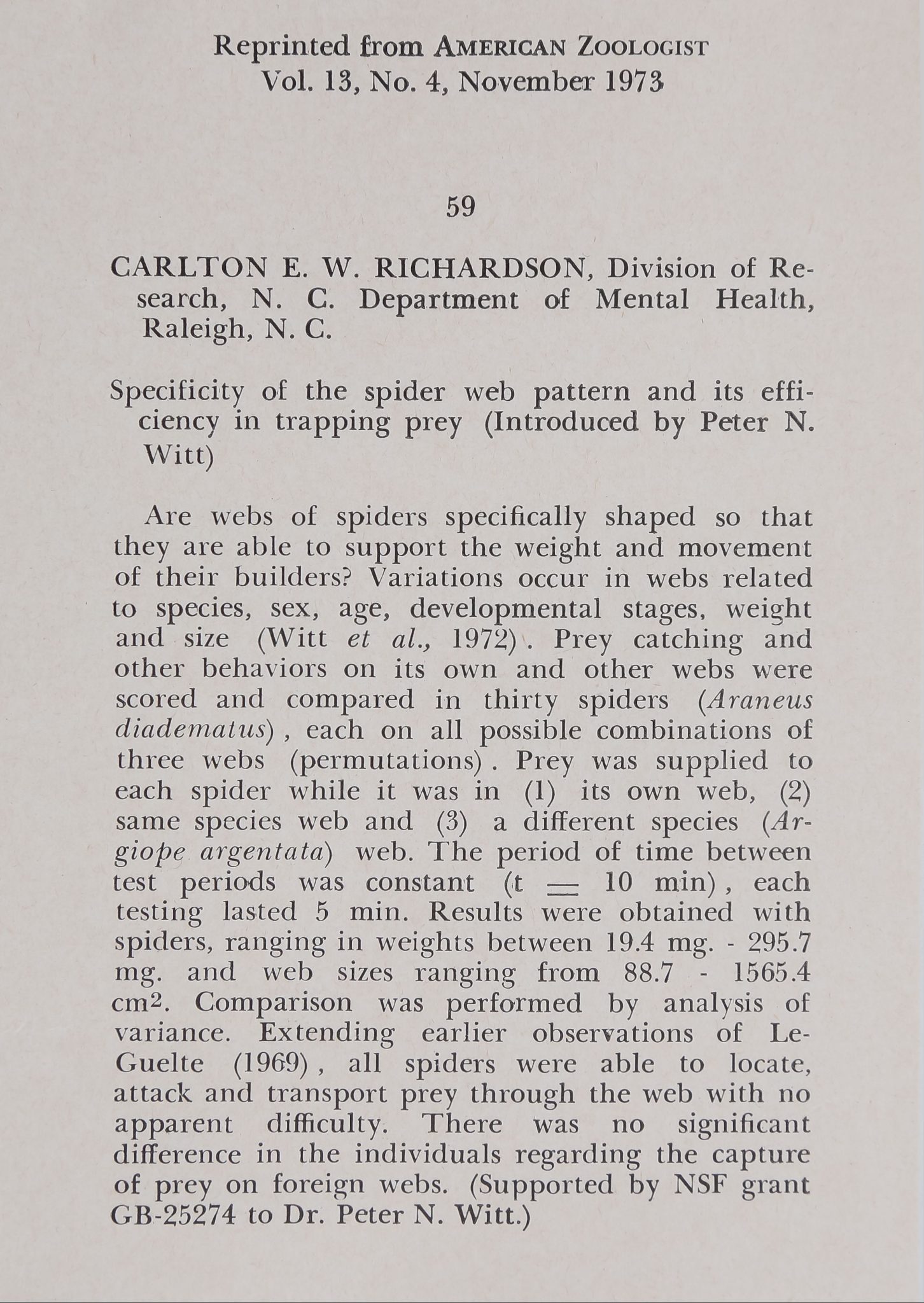 Reprinted from American Zoologist Vol. 13, No. 4, November 1973
59
CARLTON E. W. RICHARDSON, Division of Research, N. C. Department of Mental Health, Raleigh, N. C.
Specificity of the spider web pattern and its efficiency in trapping prey (Introduced by Peter N. Witt)
Are webs of spiders specifically shaped so that they are able to support the weight and movement of their builders? Variations occur in webs related to species, sex, age, developmental stages, weight and sizefg (Witt et a/.p 1972)’. Prey catching and other behaviors on its own and other webs were scored and compared in thirty spiders (Araneus diadematus), each on all possible combinations of three webs (permutations) . Prey was supplied to each spider while it was in (Ï) its own web, (2) same species Web and (3) a different species (Ar- giopg argehtata) web. The period of time between test periods was constant (t — 10 min), each testing lasted 5 min. Results \ were obtained with spiders, ranging in weights between 19.4 mg. – 295.7 mg. and web sizesv ranging from 88.7 – 1565.4 cm2. Comparison was performed by analysis of variance. Extending earlier observations of Le- Guelte (1969), all spiders were able to locate, attack and transport prey through the web with no apparent difficulty; There was no significant difference in the individuals regarding the capture of prey on foreign webs. (Supported by NSF grant GB-25274 to Dr. Peter N. Witt.)