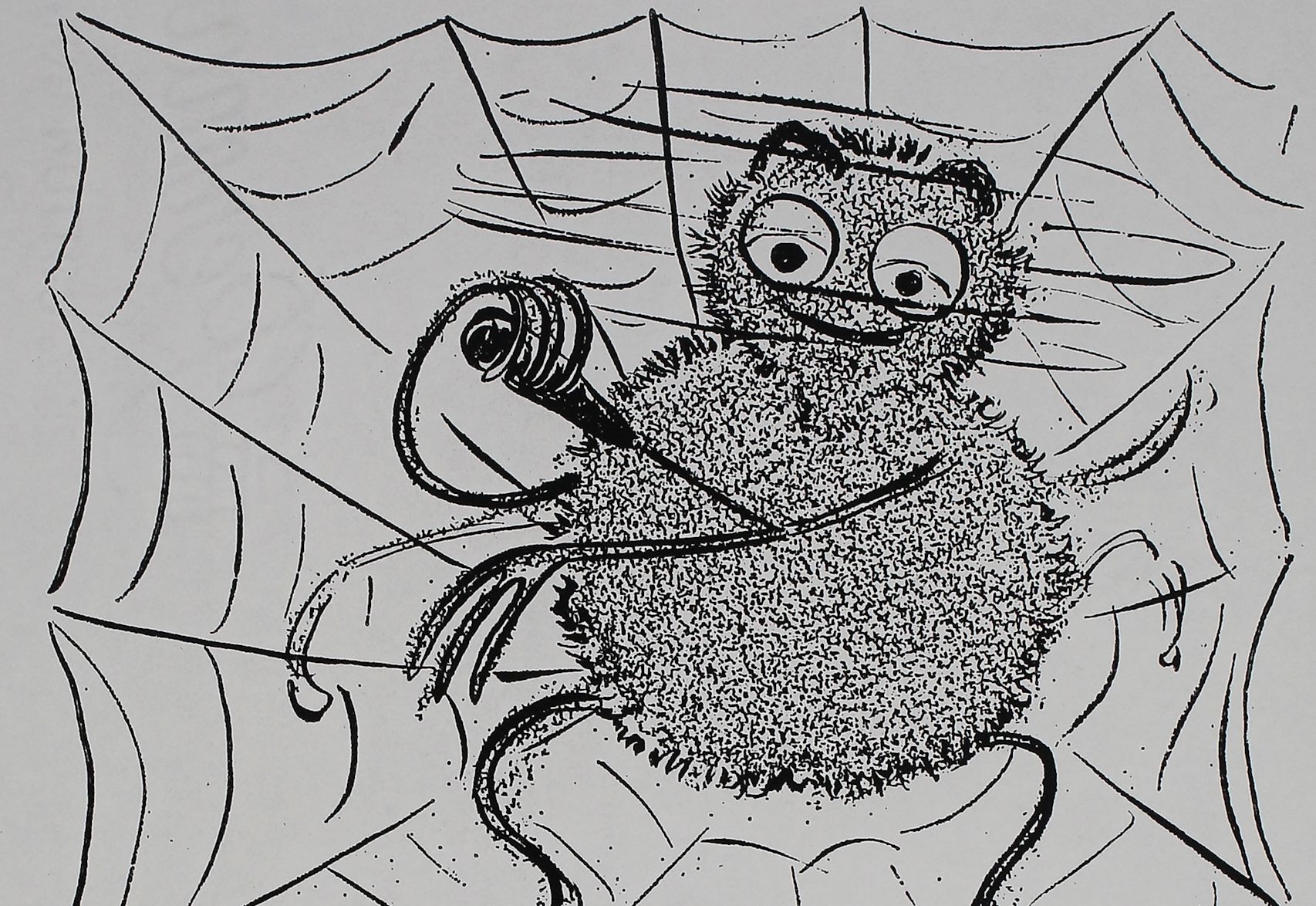 Animals being used in new research tesi^ for studying drugs

Ty/ITH NO other animal do

d i rector of resea rch a I the North Carolina Menial Hräfllh Department, has been studying this ‘behavjm^atteufr. and particularly ttie effects of various drugs on it.

The an’innl?i-)^6|fe spider, its behavior pattern the web.

The spider periments is, a common variety in’ Northern Europe where the ■investigation; was begun. It ?j&./ also found in New England. Af-Ker IS yea,ij|. of fid^^MLWlti.;-‘ refers. ft as ^fMilds&1‘;ll’ si)jnsf| a ia once

Through Wlie~ ‘Am» -ol jilloj^J ; g-raphs the web, detailed measurings of angles, distances and size of, .various parts of tfie;. ’ i :00j» ^an: S made, cämjpts® ized, and compared under varying psychological and physiological conditions.

United States, have been conducted primarily with drugs, tranquilizers and stimulants, as well as haljgcigens.

According to Witt, every web “contains more than 1,000 measuring points. The web ean be studied from the regularity of ‘. spaejng, the;-, size, the shape, ;’fhd. radial angles.”

“It was surprising.” Witt said. “The web w,as¥n|®2;regular, geometrically, than normal.”

He explained that the spider, under the influence of the hal-lucigenic drug is detached from its surroundings. There is less interference from things around St and it can build a more per-fect wet).

“The, web,” Witt comments, ■‘is a convenient and preciljil BpjjM of the operation of the * sensory and motor appartus of Ehe spider . . Welmay-view the Spider as a web-building machine which integrates sensory information regarding the current state of muscles, spinning glands, appetite, and other bodily conditions before and as it builds its web. Faulty information can be supplied in one way or another, with consequent Idi&f.uf lortion of paltern.§95

In Original experiments, dead house flies were injected with a drug, along with sugar water, and thrown into the spider’s web. The spider received its drug dose by eating the fly. as the sensitivity of the spider to needle injections caused a high percentage of deaths. Later, using a microsyringe and

very fine needles, direct’ injection was used and is the present method of giving the drug to , spiders., ,

SOME OF Witt’s results indicate that small doses of tranquilizers and barbituales decrease the catching area of the ^Strictly spiral part” of the web.

Changes in the spiral of the web and radial angles are seen with higher doses of bar-/ bituates, but not with tranquiliz-ers.

The introduction of another chemical psylocybin acts similar to a tranquilizer, Witt said, and the spider builds a smaller web. ..

“The glands contain as much silk a$ usual, but the spider doesn’t use it all,” he said.

Mescaline, another hallucigen, produces “quite irregular webs,” and acts a little like some of the stimulants such ‘as benzedrine and dexecrine. “There is a change in the distribution of areas in the web,” Witt said.

Witt also noted that the “memory traces” of “Zilla” after some of the experiments have left what might be permanent effects on the insect.

He said a group of researchers in Canada—George ,Groh and Marcel Lemieux at Les Laurentides Mental Hospital in Quebec, are making “an interesting addition” to the studies of spiders.

These men are studying the chronic changes induced in the web-building by the drugs.

Witt himself is a native of Switzerland, and attended Har

vard Medical School in 1952-53. He taught at the University oi Berne, Switzerland, from 1956 to 1966, and some of his first experiments in the field were financed by funds from Sandoz Ltd., a Swiss pharmaceutics! company which discovered LSD in 1943, “This; was before Federal study grants were ava:i-able,” Witt said.

The whole spider web, Wilr said, “may be regarded as an extended organ of touch jirajM cause the slightest vibration in the area qf1 the nel is Irans»

… milled via radii and signa|| thread to the spider.

^“Experiments,” he continued, Itshowed that web-building as well as feeding are probably determined by the sense of touch alone. The spider measures distances by walking along a thread, it probes the tension of thread by pulling it, and it orients the shape of the web according to gravity .pfiy;

In a paper presented while he taught pharmacology at the State University of New York at Syracuse || Witt pointed out that measurement of a typical web shows more than 18 yards of thread in the spiral, and more than six yards for the “scaffold,” or radii and frame. In the webs of adult spiders tested, there are 1,225 points where the spiral is fixed to the radii.

Establishing a basic control or normal web, Witt, along witli Charles F. Reed, associate professor of psychology at Temple University, was able to chart the effects of various drugs on the frequency of building, the

size, regularity and shape of the webs.

A few examples show that the introduction of caffeine has no effect on the frequency bt the building, but decreases ttie regularity of the web and its shape from the “control.” Mescaline, one of the tVallueigens, has no effect on the frequency or the shape, but decrease.sf$4lie size and the regularity. LSD changes only the shape. Most of the , amphetamines, in small doses, have the effect of tifcreasing the frequency of web-building as well as Mte”size, while larger-, doses adversely Rfffetet these areas of the spider’s behavior pattern.

In practical application or the “spider lest” on humans, small amounts of hallucigenic drugs in human body fluid have been discovered by injecting the body fluid into the spider and using the web as a means of identifying the drug,

“The kind of record provided by the orb-web-builder is unfortunately not a common phenomenon in behavioral study.” Wilt said, “and it would be of questionable usefulness to pro pose similar investigations with other animals.”

What is important, Will concluded, is that “the spider and its web compose a relatively clear system, an instance of complex but measurable biological operation. Successful reconstruction of it would probably be significant as a model for the operation of other behavioral syslem of whatever complexity.”