You are here: Home / Projects / Spiders Help Men to Cope With SpaceNews & Observer 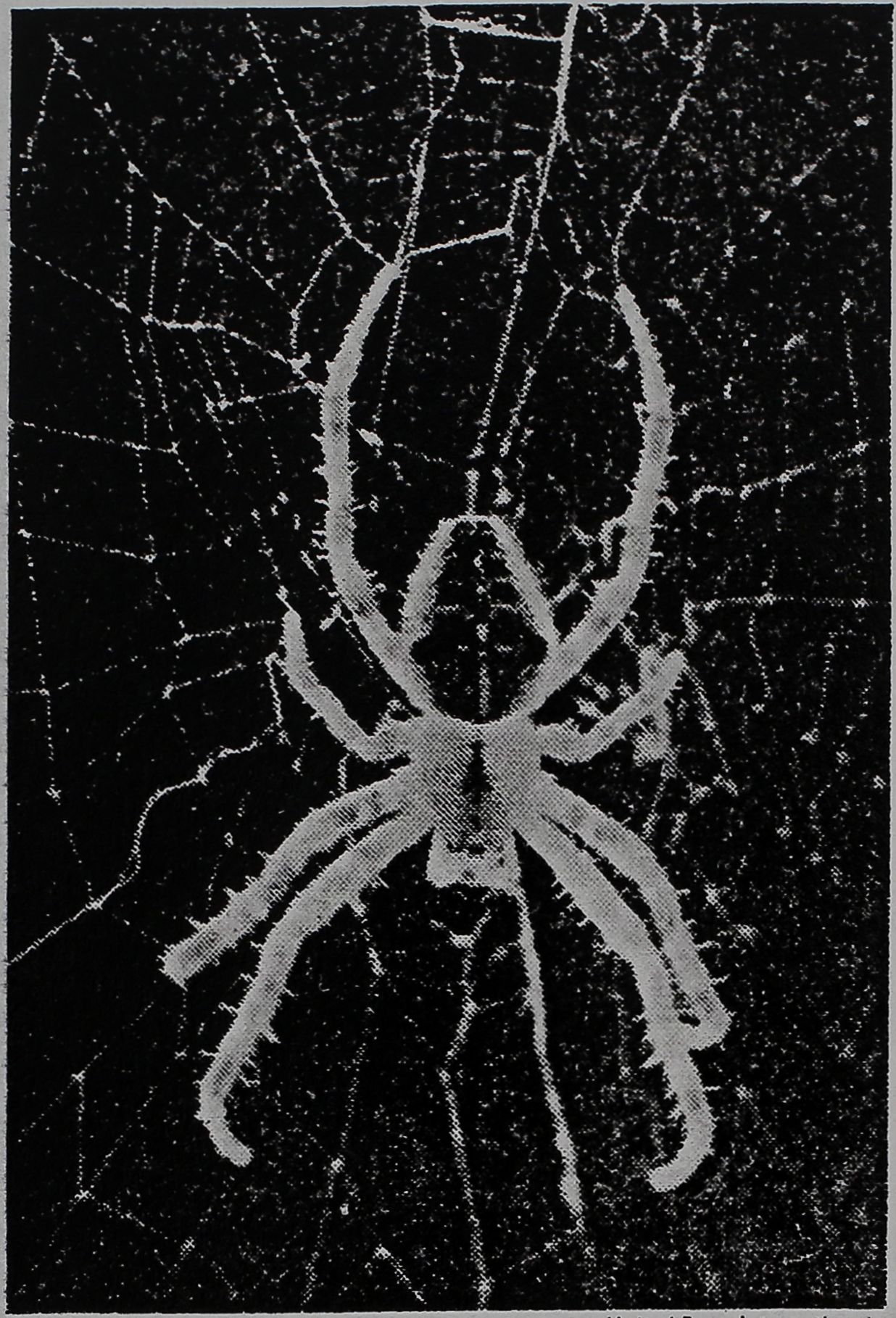 Spiuers Help
Men to Cope
With Space
By LESLIE WAYNE
Staff Writer
Although his subjects — two cross spiders — died
before returning to earth, Dr. Peter Witt, director of
research for die N. C. Department of Mental Health,
believes their experiences aboard Skylab II bode well for
man’s ability to cope in stressful situations.
“The prognosis for man is good. How good we don’t
know yet. If a comparatively rigid animal like a spider
can adapt to these absurd conditions in space, think of
how much better man should adapt,” he said in an inter-
view.
Dr. Witt, who Is probably best known for his studies of
die effects of drugs, alcohol and environmental stresses
on die web-building patterns of spiders, recently aided the
National Aeronautics and Space Administration (NASA)
in an experiment of the effects of weightlessness on
spiders.
In this experiment, two female cross spiders — Anita
and Arabella — were put aboard Skylab n, and dien
observed to see whether they continued to build webs.
The result: After two days of swaying through the air
on filmy strings, the spiders began to build slightly mis-
shaped webs. Rather than using tiieir traditional method
of webbuilding, in which they hang down by threads, they
used an alternate procedure, pulling themselves along
tiieir threads by constructing little disks.” #
“I didn’t think they would adapt. They are a rigid
animal and generally have difficulty coping with an unex-
pected situation. But the will to survive is such a strong
drive, it’s a central part within us, and spiders express
this by building webs,” Dr. Witt said.
Dr. Witt said it is difficult to draw anything but the
most general of conclusions from the Skylab experiment.
He has asked NASA for photographs of the webs in order
to measure distortions from the norm, but has not receiv-
ed a response.
I ‘“Without the photographs we really know little. Once
we measure the web distortions, we can see what they are
comparable to. Would it be the same distortion as caused
by drugs or by a brain lesion, for instance?” he asked.
By comparing the web distortions to known distur-
bances, Dr. Witt said, scientists might better understand
the effects of space travel on man. “We might find out
United Press International
Cross spider, the type sent on Skylob
that we should be careful of what people think or say in
space because it might be distorted,” he added.
He would also like to know whether the webs improved
or deteriorated over time, the frequency of the web
building process and the amount of water fed the spiders.
He said it would have been “ideal” if the spiders had been
brought back alive when the Skylab II crew returned last
month.
“I would have been interested to watch what kind of
webs ti»e spiders built when they returned to earth, How
long would it have taken them to return to normal webs?”
Dr. Witt said he isn’t sure of the cause of Anita and
Arabella’s death, but he suspects that it might have been
improper feeding.
Anita died after three weeks in space and Arabella died
shortly after returning to Houston.
“I don’t know what caused that death. It may have been
the pressures caused when returning to earth. But if the
spiders died in spite cr having been given enough water,
we may conclude that nvertebra :es have a lesser chance
of surviving in space han man,” be said,