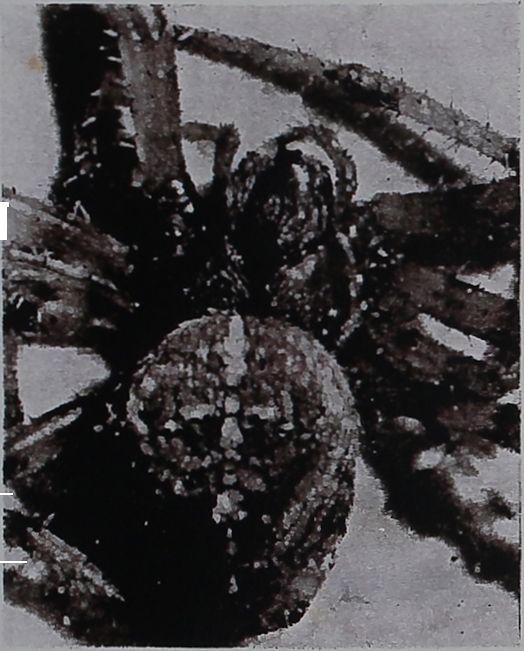 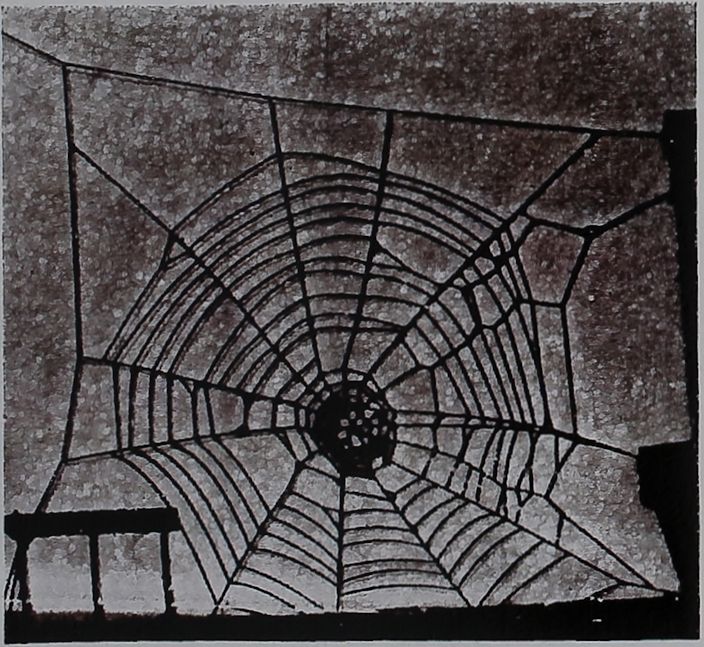 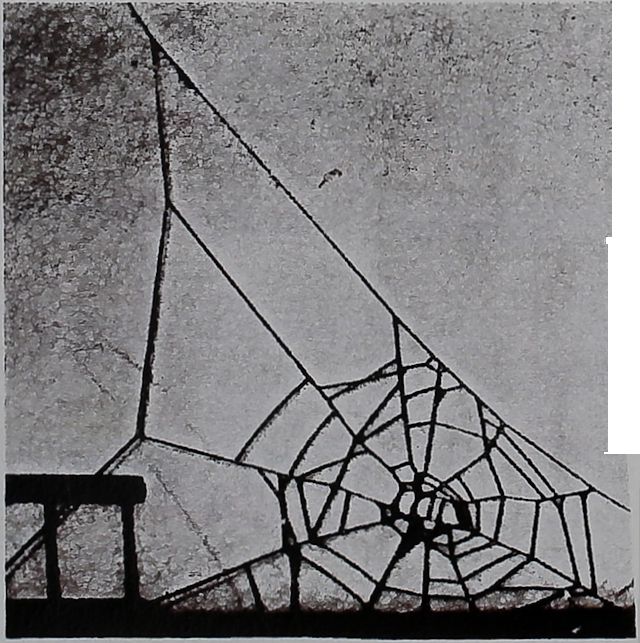 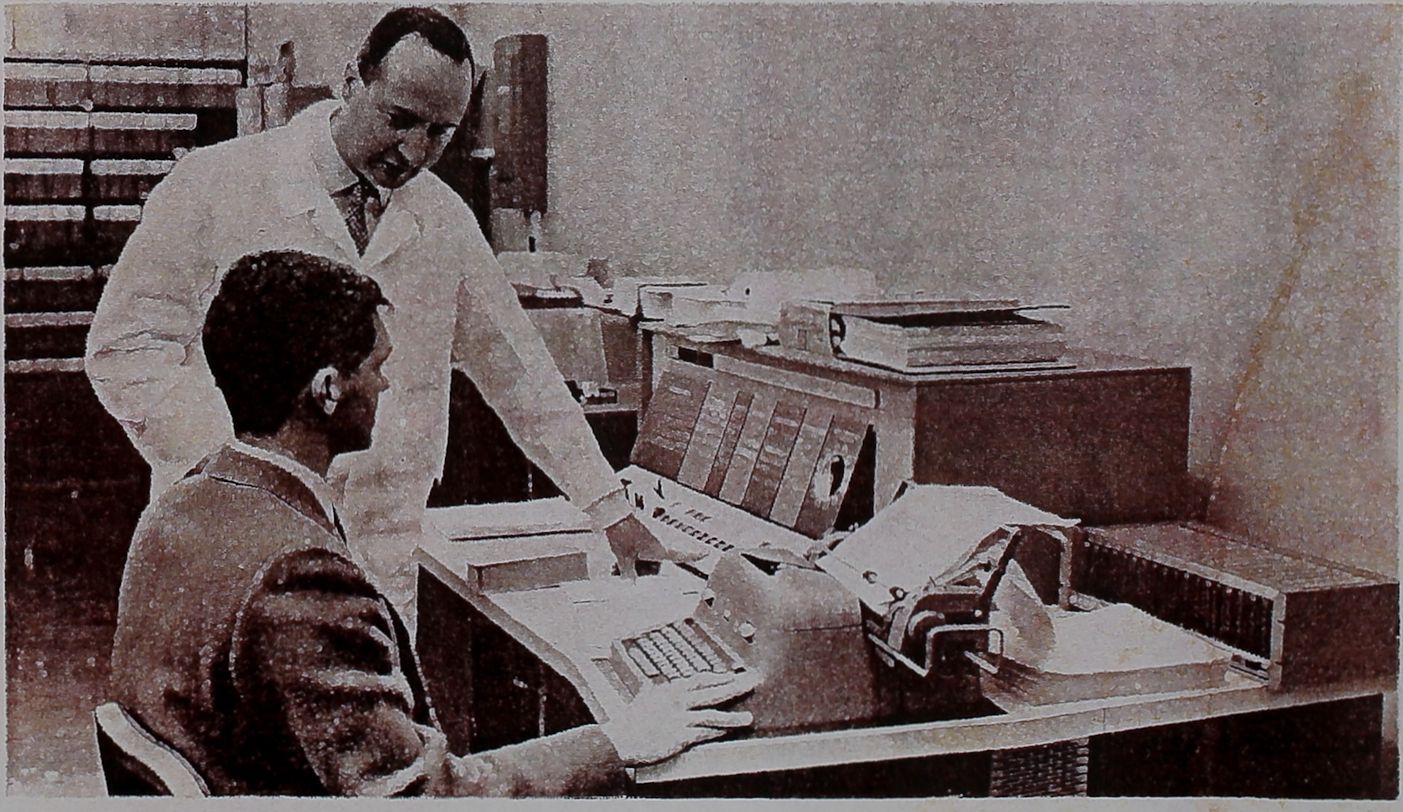 B ra i ii -d n maged spider has had part of its CNS “burned oat” by a laser beam.

The “tangled. web we weave when first we practice to deceive” isn’t half as bad as the web a spider makes when under the influence of drugs.

Dr. Peter Witt, who dramatically proved this point a decade ago, has now shown that a related phenomenon —the relationship between web-weaving and brain lesions—is equally striking and equally useful in the basic study of the central nervous system.

Pharmacologist Witt, of the Upstate Medical Center College of Medicine in Syracuse, N. Y., came upon the spider as an experimental animal quite by accident. Frustrated zoologists, who had worn themselves out trying to get spiders to spin webs in front of movie cameras, had asked Dr. Witt for drugs that might stimulate the reluctant arachnids.

Dr. Witt’s prescriptions failed to produce webs to order. But they in-

duced drug-specific aberrations in webbuilding that revealed interesting facts about the drugs’ properties. Amphetamine made the spiders spin in zigzags, like drunkards walking. Marijuana made them leave out the first part of the spiral. Scopolamine destroyed their sense of direction, making a spiral with false turnings.

While the work with drugs didn’t solve the zoologists’ original problem, it was fruitful for Dr. Witt, who had been having difficulty in differentiating drug effects on human beings. Human subjects, he has noted, are “moody, complicated, variable, and apt to carry over memories from one experiment to the next.” Spiders, on the other hand, cannot be interviewed about reactions, but produce in their webs an accurate and thoroughly objective report on their “state of mind.”

Having found his experimental sub-

After brain injury, spider is unable to spin a spiral web or fix cross-strands at the proper points,.

jeet, Dr. Witt began a search for non-pharmacologic ways of influencing its behavior. Because spiders contain much fluid, dissection is practically impossible. The New York pharmacologist therefore turned to the laser, which can be focused to deliver great amounts of destructive energy in areas as small as one one-thousandth of a millimeter.

Using facilities at the General Electric Laboratories in Schenectady, Dr. Witt has managed to coagulate tissue at a predetermined spot on the spider brain and measure the change in behavior of the spider as evidenced in the f|rmation of the web.

By keying the web abnormalities to the location of the lesion, he and his associates have identified certain areas in the spider’s brain with specific functions. The spider’s nervous system, Dr. Witt has discovered, is like the

nervous system of higher animals— “plastic enough so that functional compensation makes up for tissue loss. Neighboring areas take over the function of the destroyed area.”

In other experiments, he says, “we have eliminated one of the eight legs of the spider and measured quantitatively how long it takes the other seven legs to compensate for the lost eighth leg. Evidently, a learning process of some kind is involved.”

Dr. Witt feels that his work with spiders has general applicability for the higher animals. In the spider, as in higher animals, nerve tissue does not heal, but it does compensate for the loss of function.

The webs of Dr. Witt’s brain-damaged spiders are measurable records of their behavior. A thousand points of each web can be studied, and photographs of these webs are fed into com

puters capable of handling and com-] paring all these elements. .

While the most important part cfl his work, according to Dr. Witt, is the study of the functional arrangement o{| the central nervous system of spiders and the effects of drugs on it, the Syra’r cuse researcher is also considering the! nature of the web itself.

The silk threads the spider uses to| make the web are composed of pro-1 teins. Says Dr. Witt: “We are using the silk production of the spider as. a convenient model to study protein synthesis. The protein is readily ex-! tracted from the spider, either byj allowing the spider to build a web, or; by rolling the silk onto a rod.

“We are studying the effects of drugs on the rate of protein synthesis. Since the spider is unharmed by thej removal of silk, we can follow the ef-j fects of any drug for a long time.” ■