You are here: Home / Projects / Web Construction in SpidersAnimal Behavior in Laboratory and Field 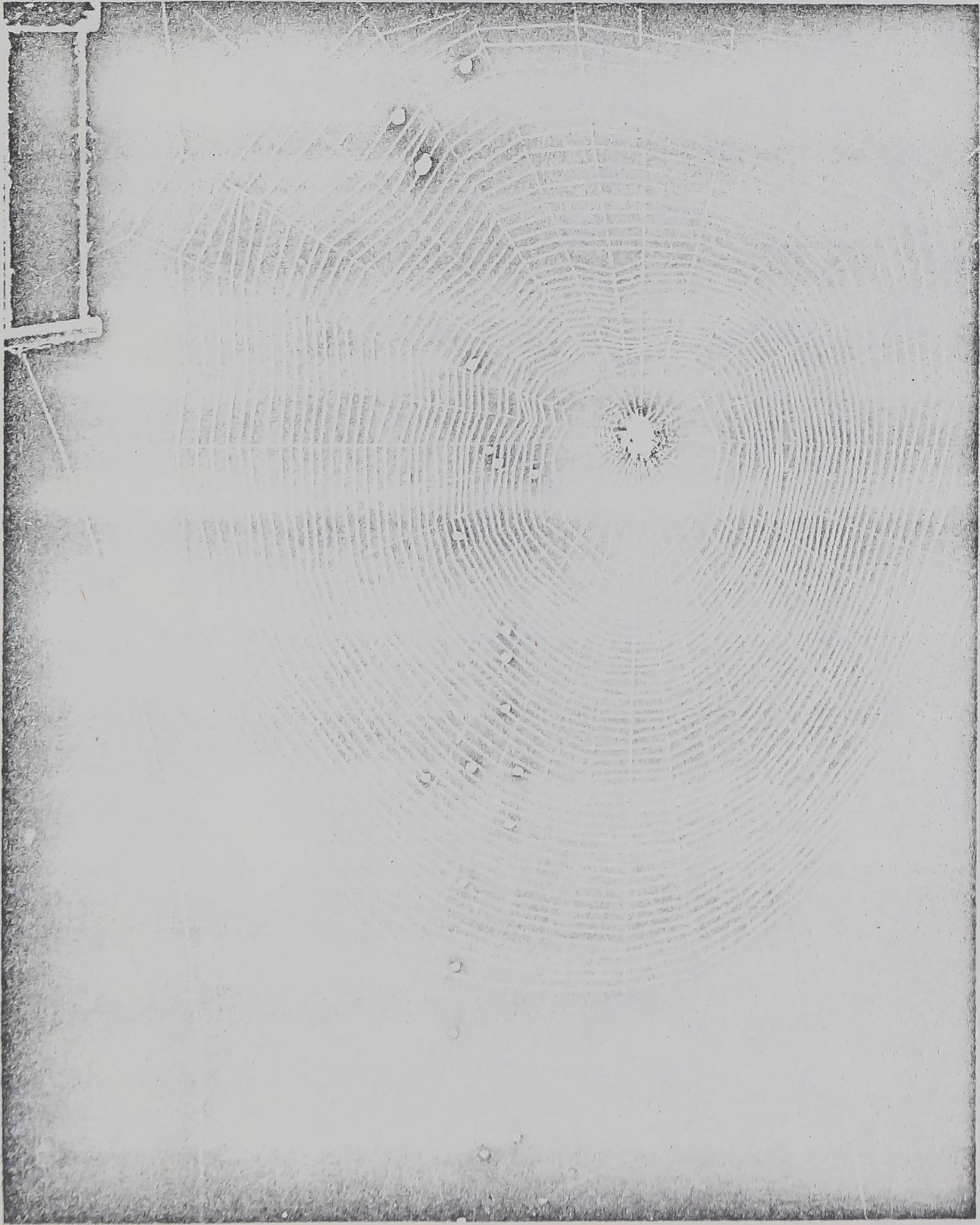 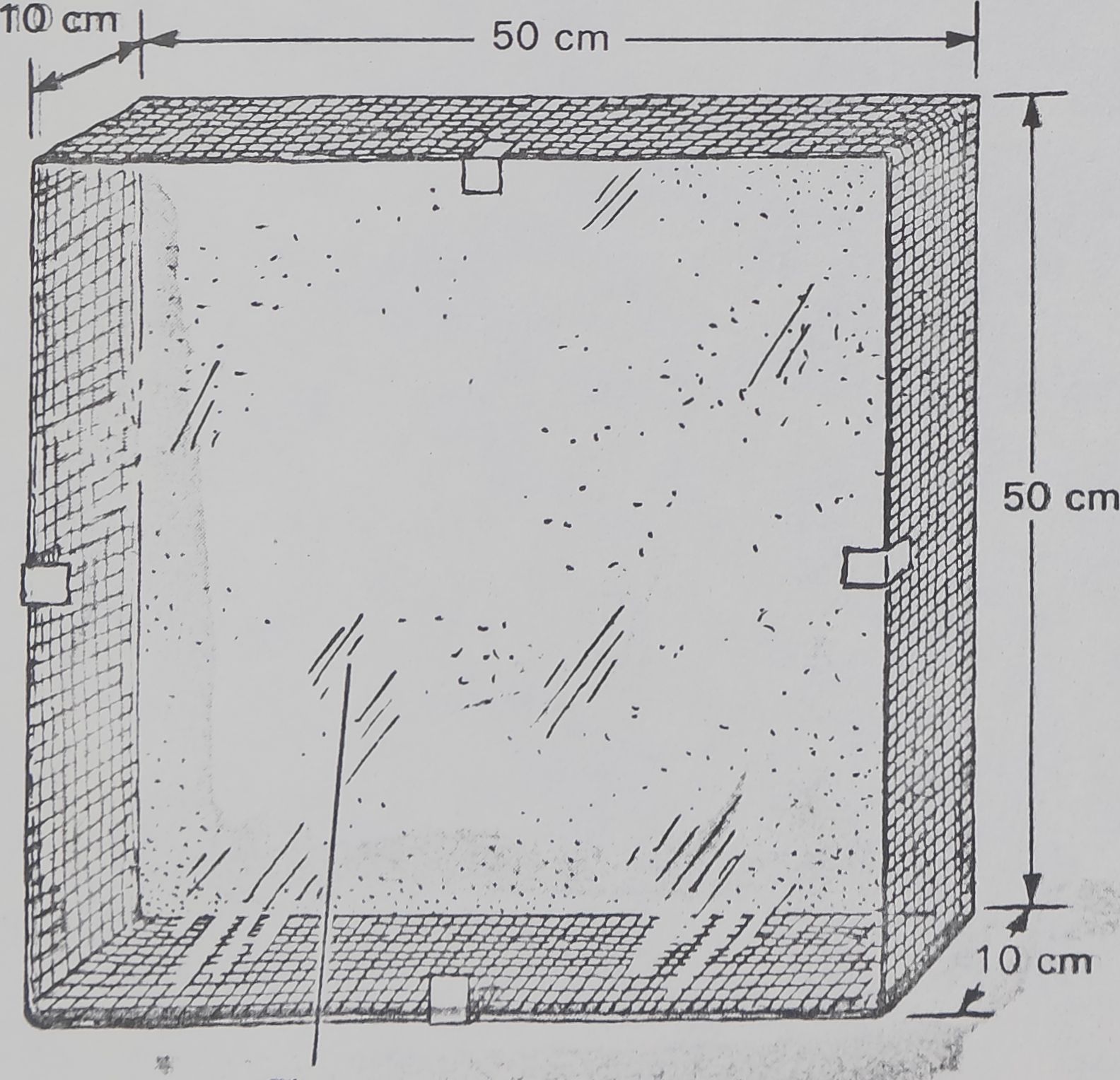 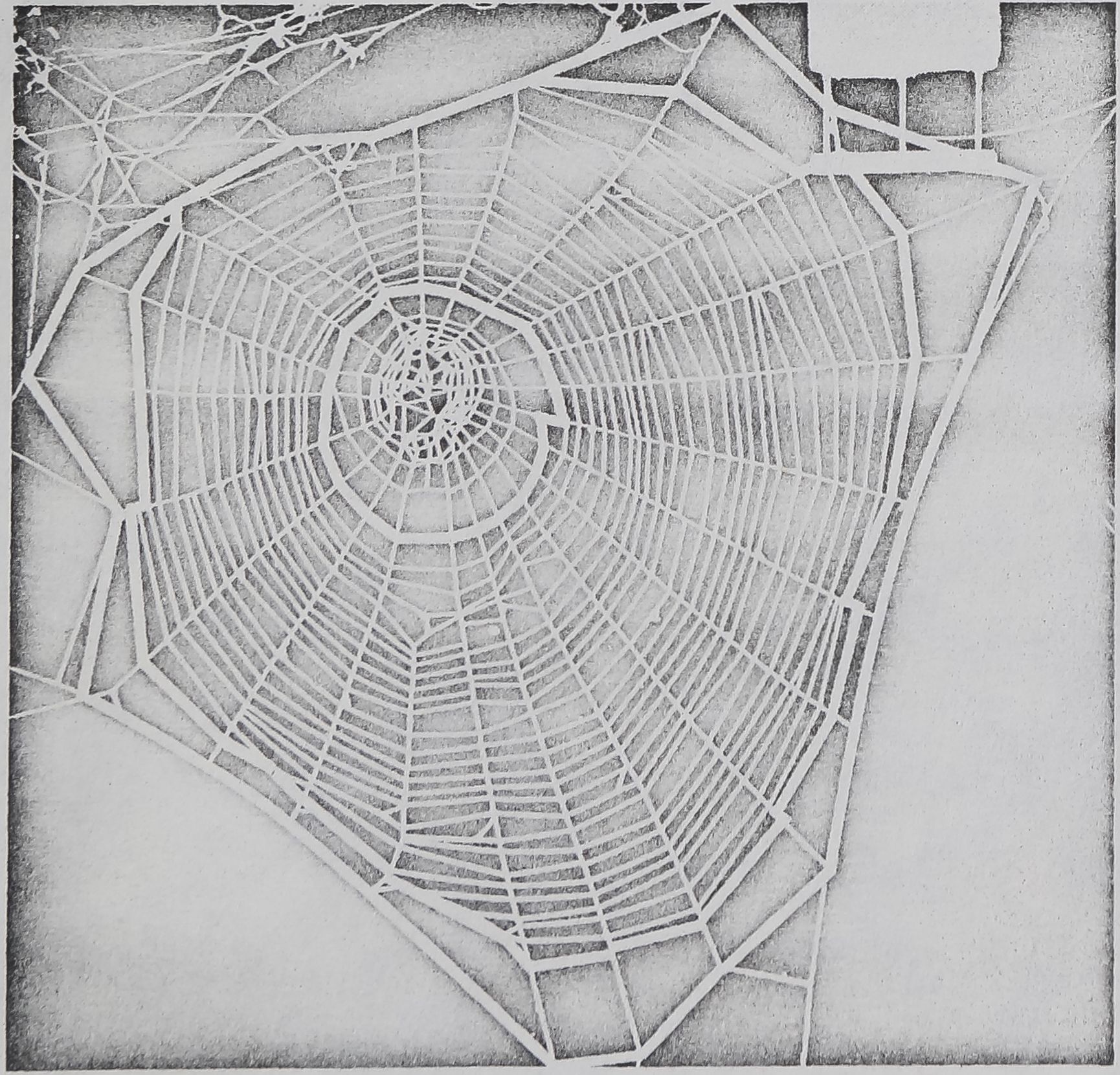 Animal Behavior in Laboratory and Field
Edward 0. Price & Allen W. Stokes (eds.)
W. H. Freeman & Co,, 1975.
PETER N. WITT
North Carolina Department of Mental Health
V    Raleigh,    N.C.
Web Construction in Spiders
The orb web of a spider (Fig. 34.1) is the outcome of
highly complex and stereotyped behavioral patterns,
Figure 34-1. Web of adult female Araneus diadematus Cl.
built in an aluminum frame in the laboratory, and photo-
graphed against a black box with lights shining from four
sides. Note spider as white figure in center of web, and scale
of two vertical white lines, 20 mm apart, in upper left corner.
and has a key role in the survival of the organism.
It constitutes a trap in which flying prey is caught,
it extends the perceptual range of a nearly blind
organism, and the threads provide the substrate on
which hooked legs can move at high speed. The pur-
pose of this exercise is to demonstrate some of thé
factors that determine web location, the sequence of
events that results in web construction, and the ex-
tent to which web construction may be modified.
METHODS
Subjects and Materials
For indoor observation you will need a frame to
house the spider and provide an anchor for its web,
a room in which light and temperature can be ma-
nipulated, a good light, and a dark background for
observation and possibly photography. A simple
frame can be made of four rectangular pieces of
cardboard, 10 X 50 cm, taped together to form a
square; transparent wrap can be used to close front
and back. Figure 34.2 shows a more permanent
frame that can be constructed from wood or metal.
The screens on the narrow sides of the frame facili*
tate anchoring for frame threads, and the glass doors
prevent escape and permit a clear view of the web;
glass should be removed for photography. Web*
building indoors is more likely under conditions of
(a) high humidity, achieved by placing open vessels
filled with water around the frame, (b) short (8-hour)
nights, produced in winter by turning on electric
lights m the evening and morning, and (c) a tem-
jroa&ure difference of at least 5°C between night
and day, obtained by changing the thermostat setting
<air (lulling windows. More details are given in Witt
iWIil)) aamd Witt et al. (1968).
Procedure
A. Time and Place of Web Building Since most
sgiidlers in the field build their webs eveiy morning
aftsumrise,. observations on the beginning and ending
tf w^^uildmg can be most profitably made at this
tdimfiL If the exercise takes place in the late summer,
yown will find many webs built close together,, and you
earn gain some knowledge of a species’ site prefer-
ences* by determining the height of the web from the
gBOunid and the direction that it faces as well as by
necoiiding the supporting plants. The effect of wind
wefo site selection can be tested by constructing
wind shields or placing plastic cylinders outdoors
and watching the consequent web locations, or re-
tesraog animals indoors in a space that contains
Bapiidiÿ moving as well as quiet air spaces (Enders,
W7/Z)i Additional observations on web height can be
made by releasing spiders of different species in a
room with a high ceiling. Certain species may build
their webs closer to the ceiling than others. (Data on
web height can be statistically analyzed for species
differences.) For further reading on timing and fre-
Ggujeney of web building and on web location see
Witt (1963) and Turnbull (1973).

Web Construction in Spiders
Animal Behavior in Laboratory and Field