You are here: Home / Projects / SPIDERS SPIN IN DRUG STUDYLife 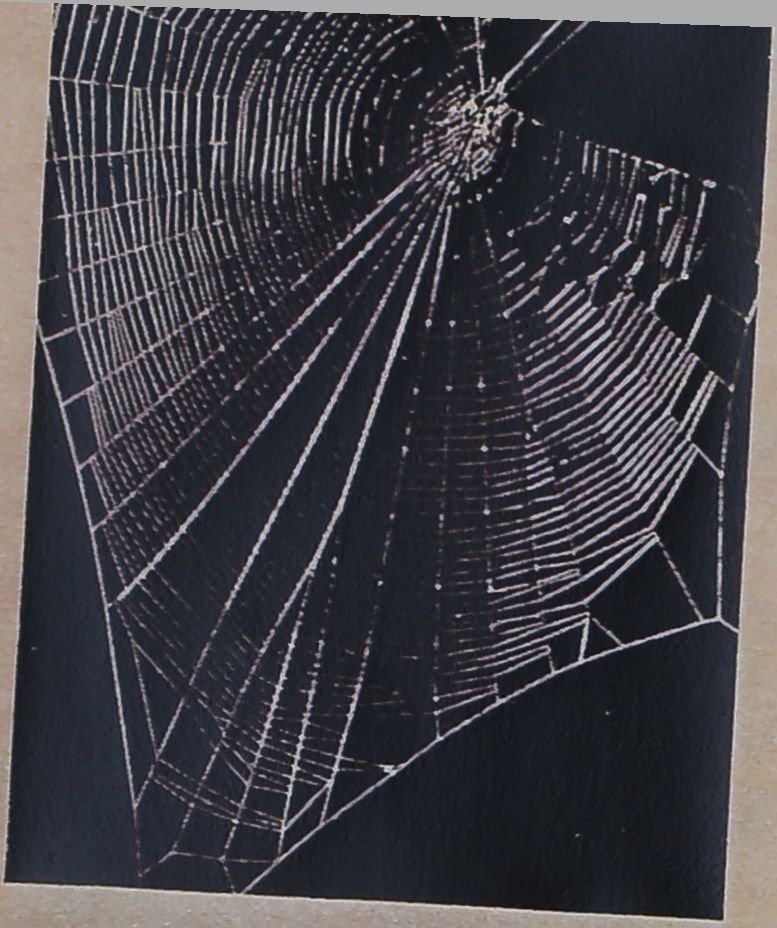 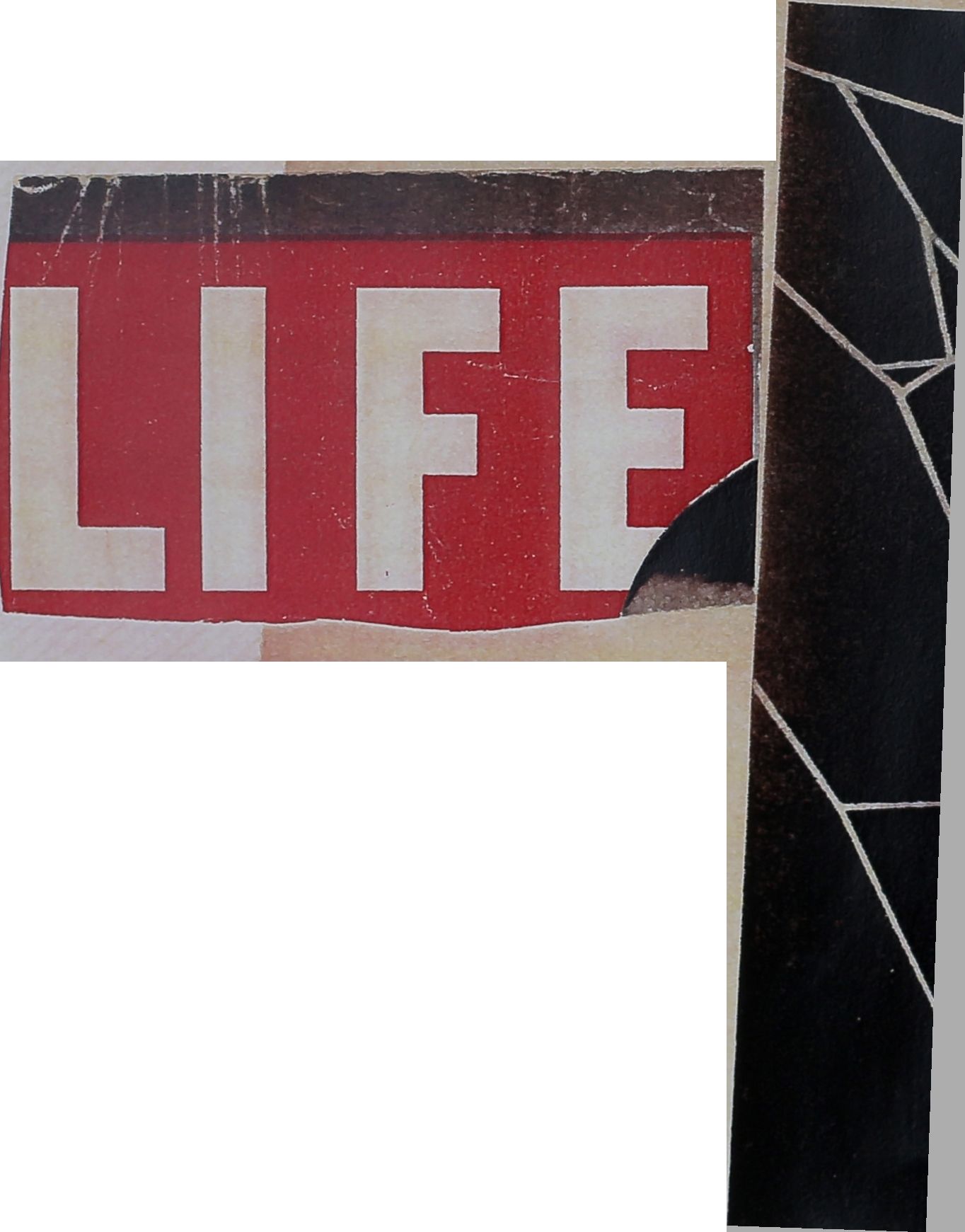 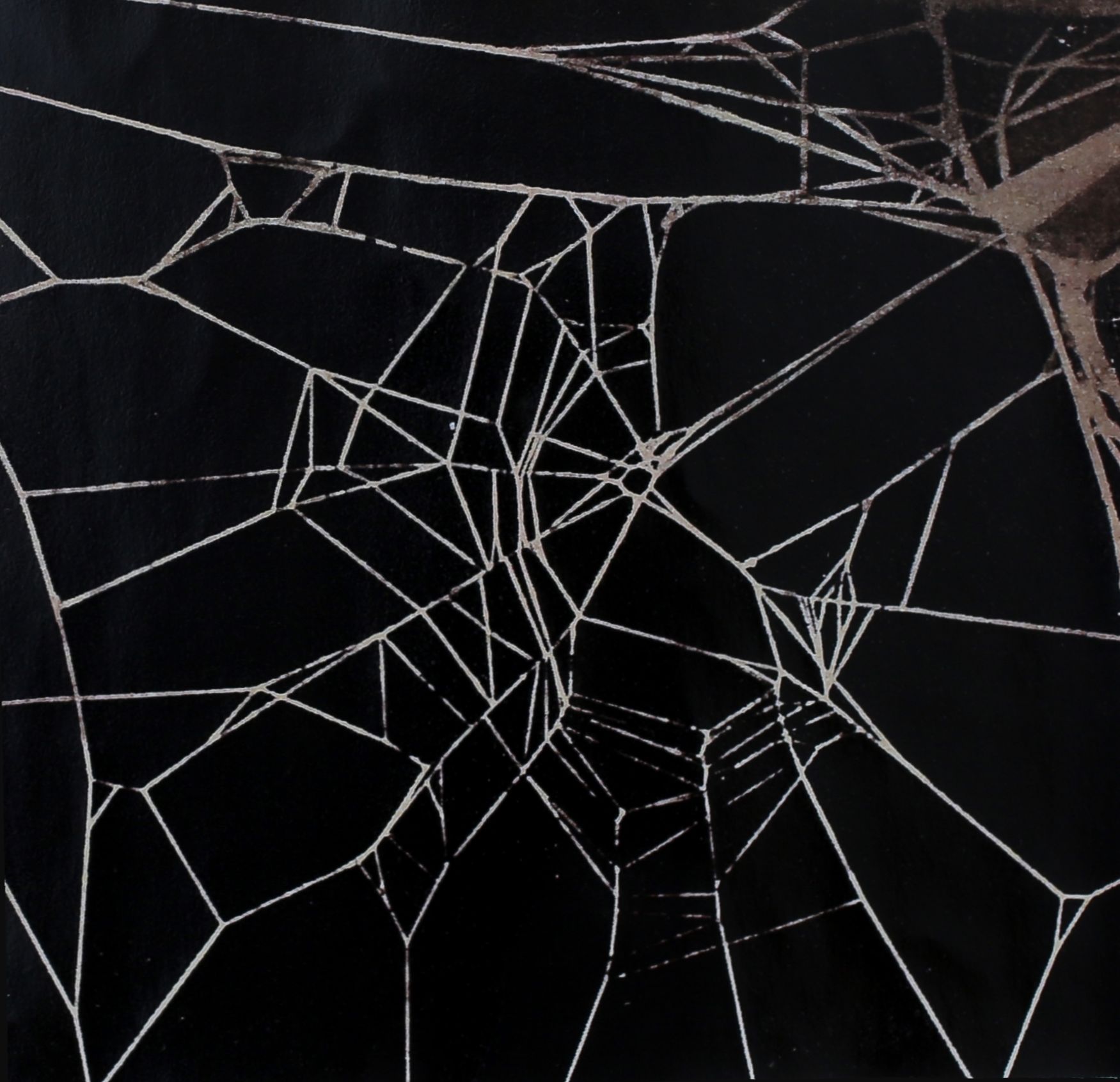 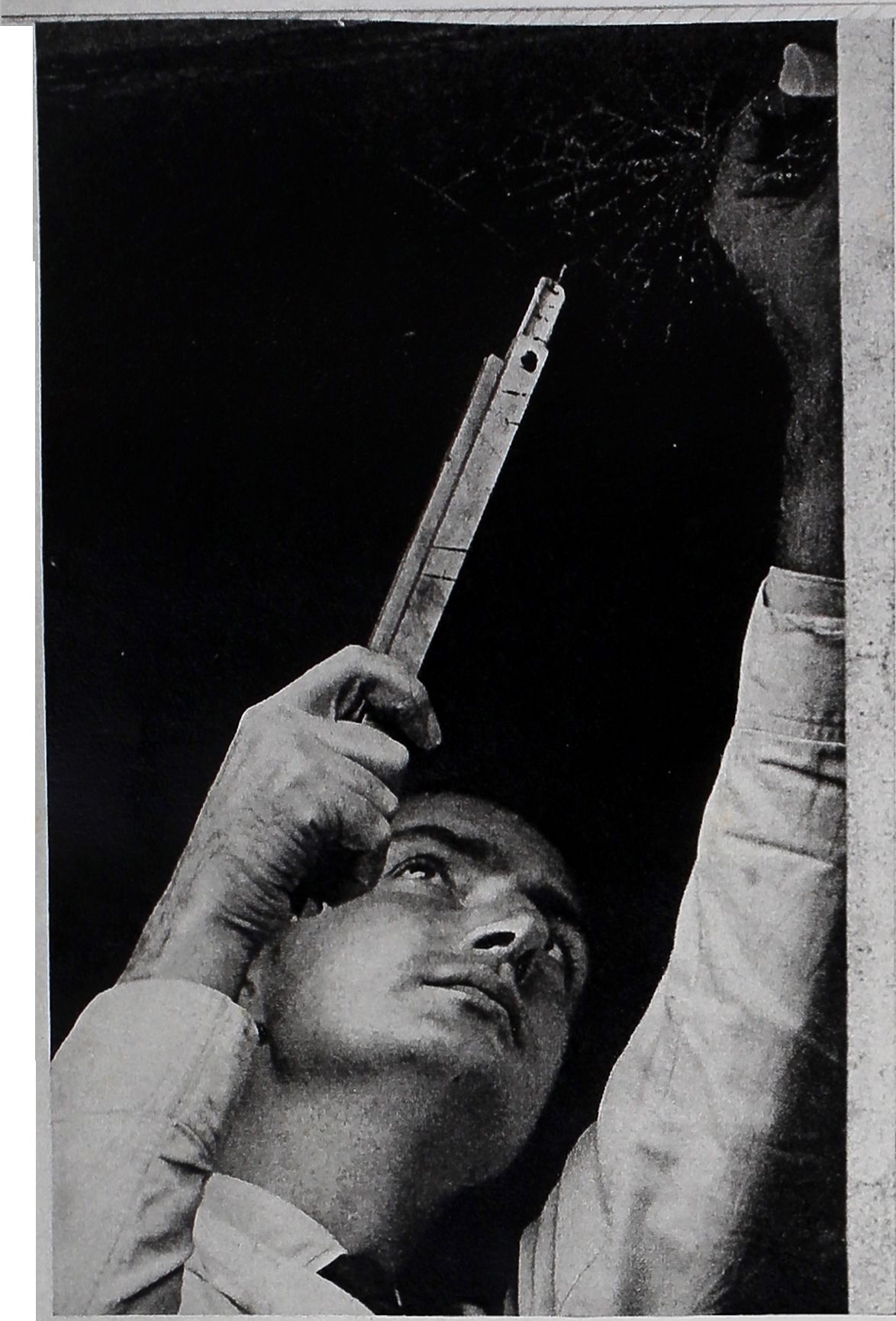 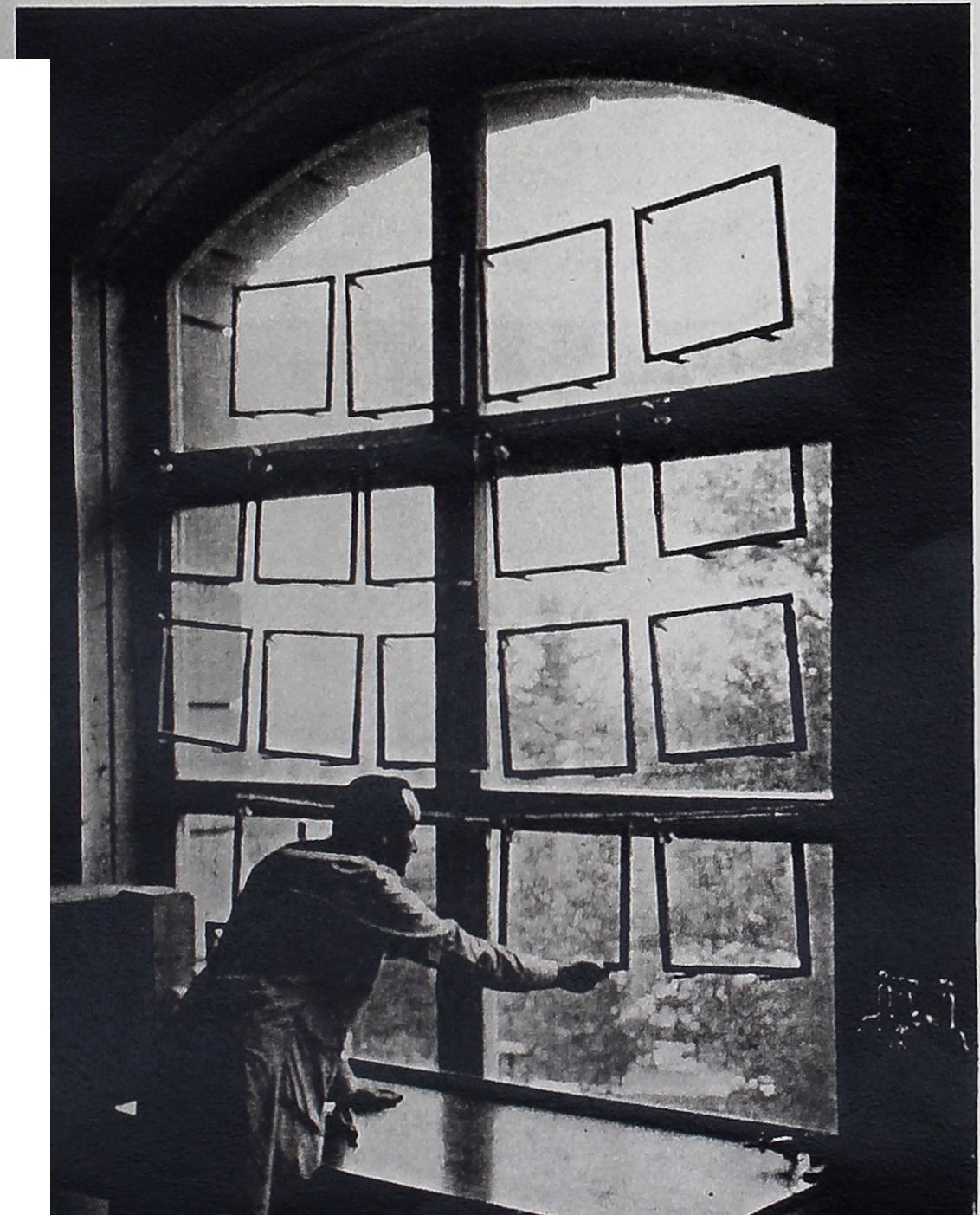 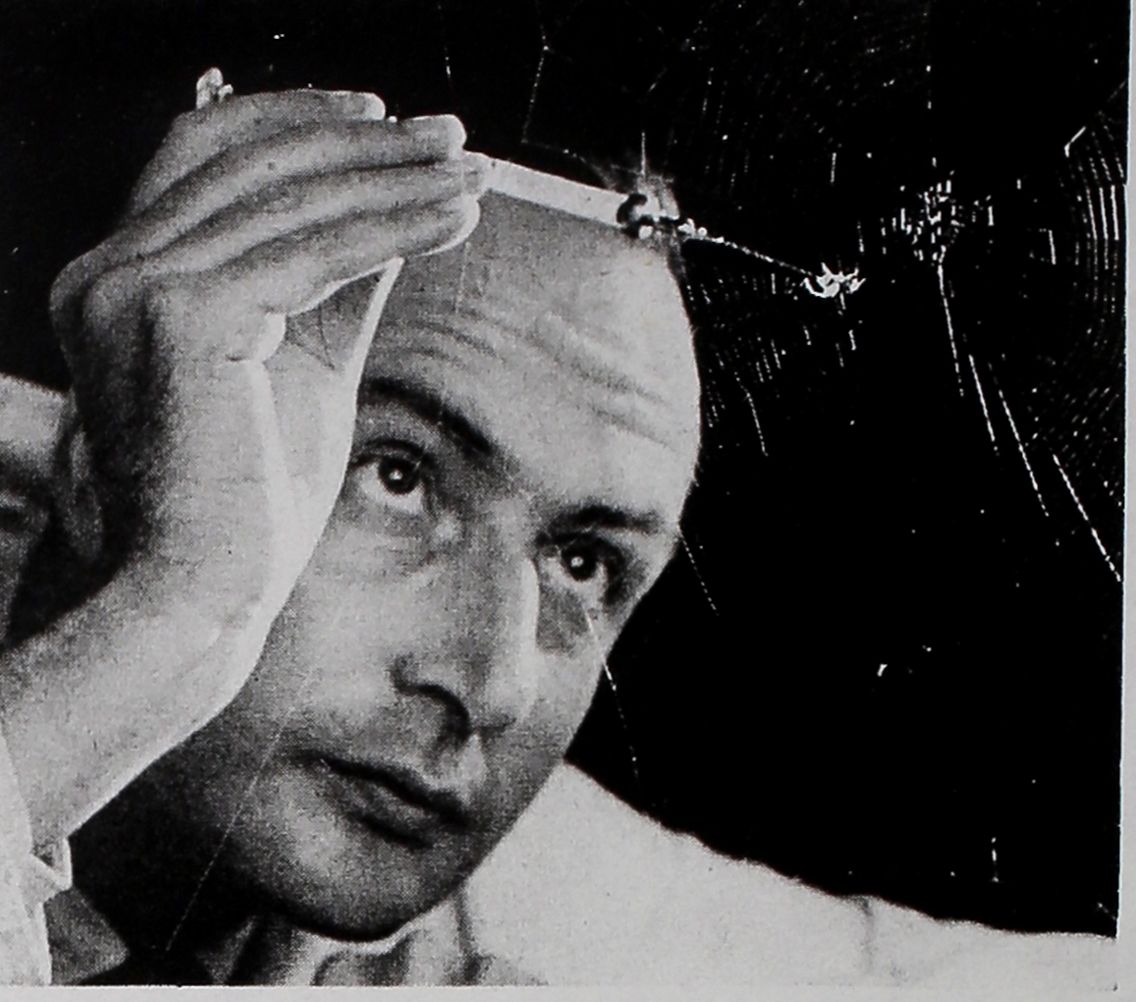 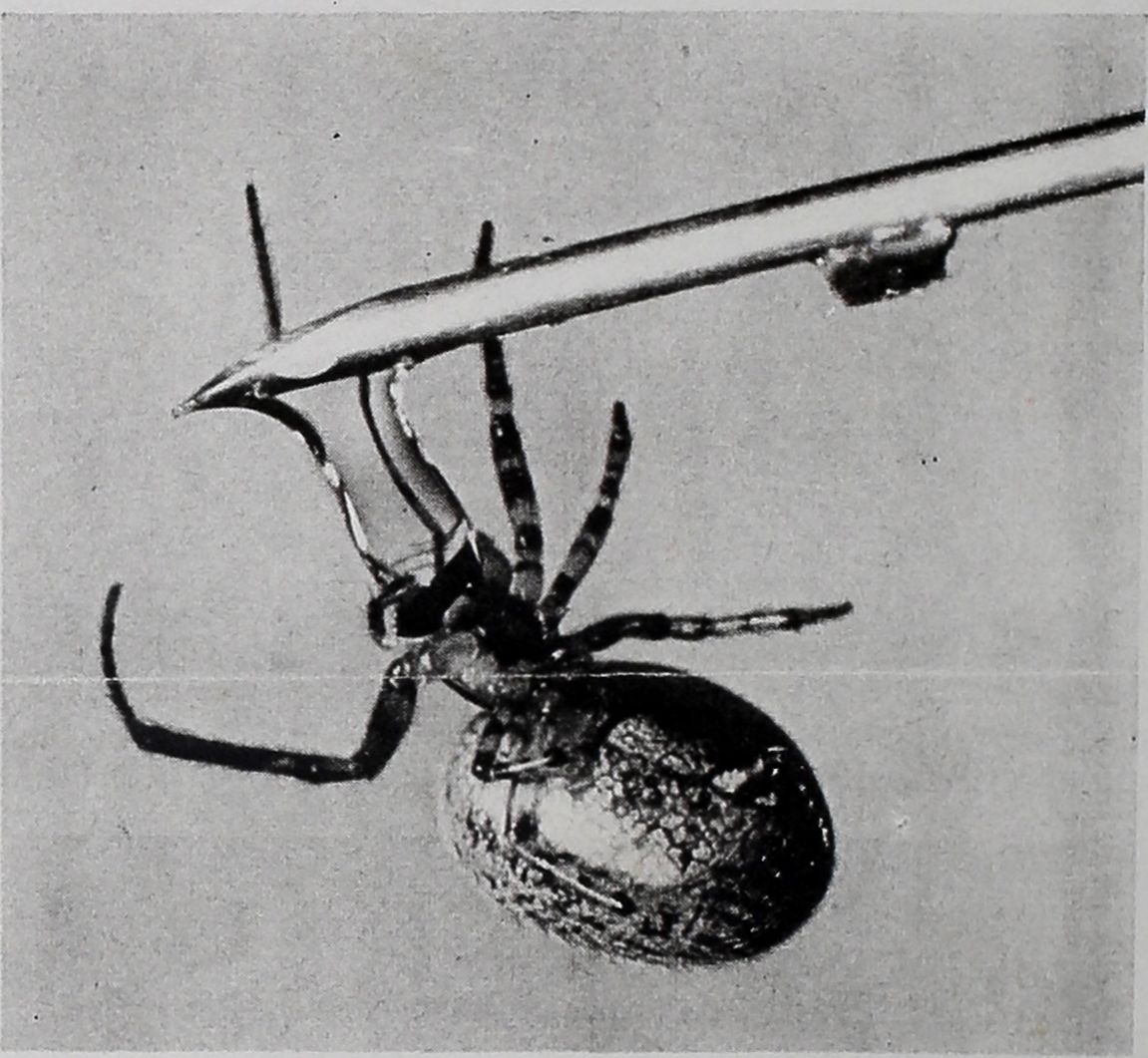 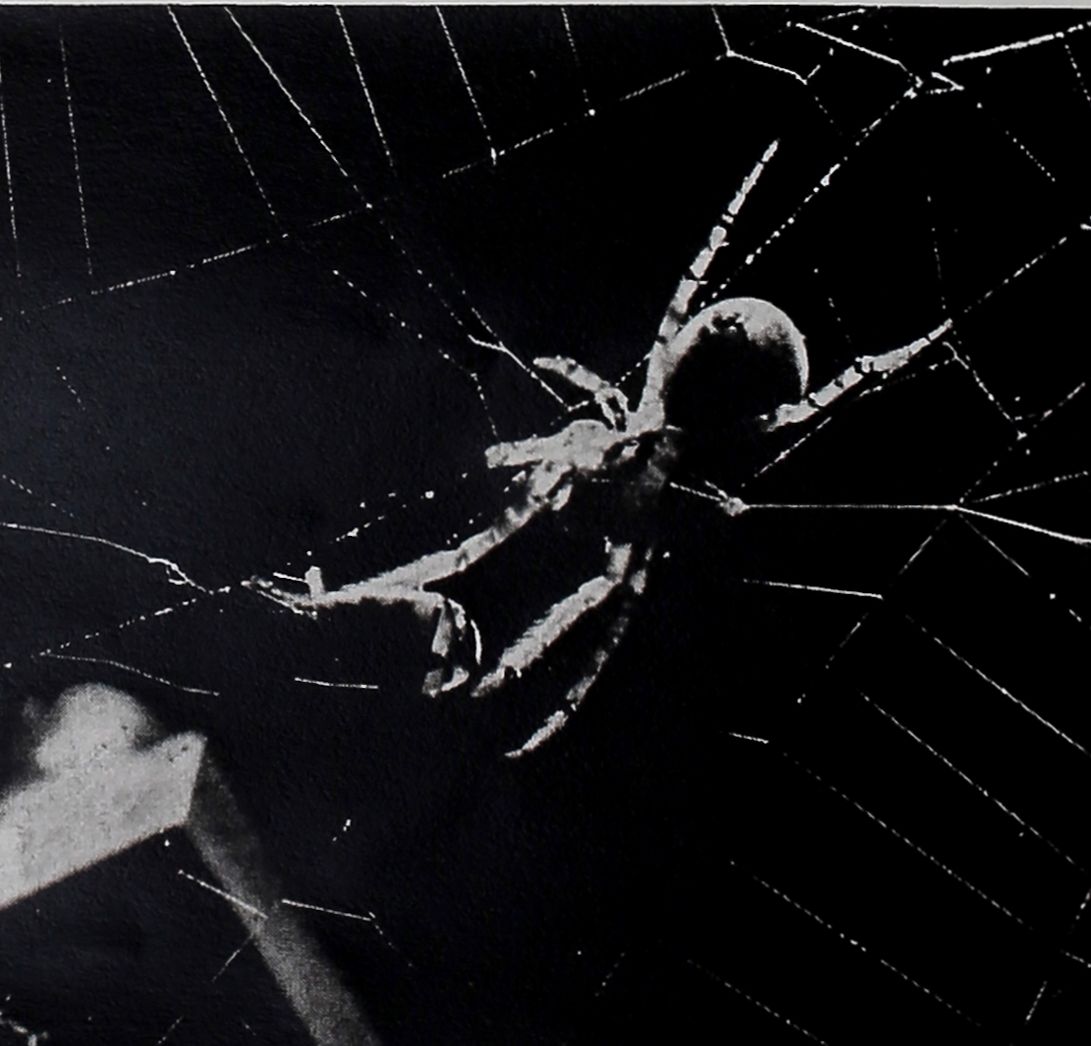 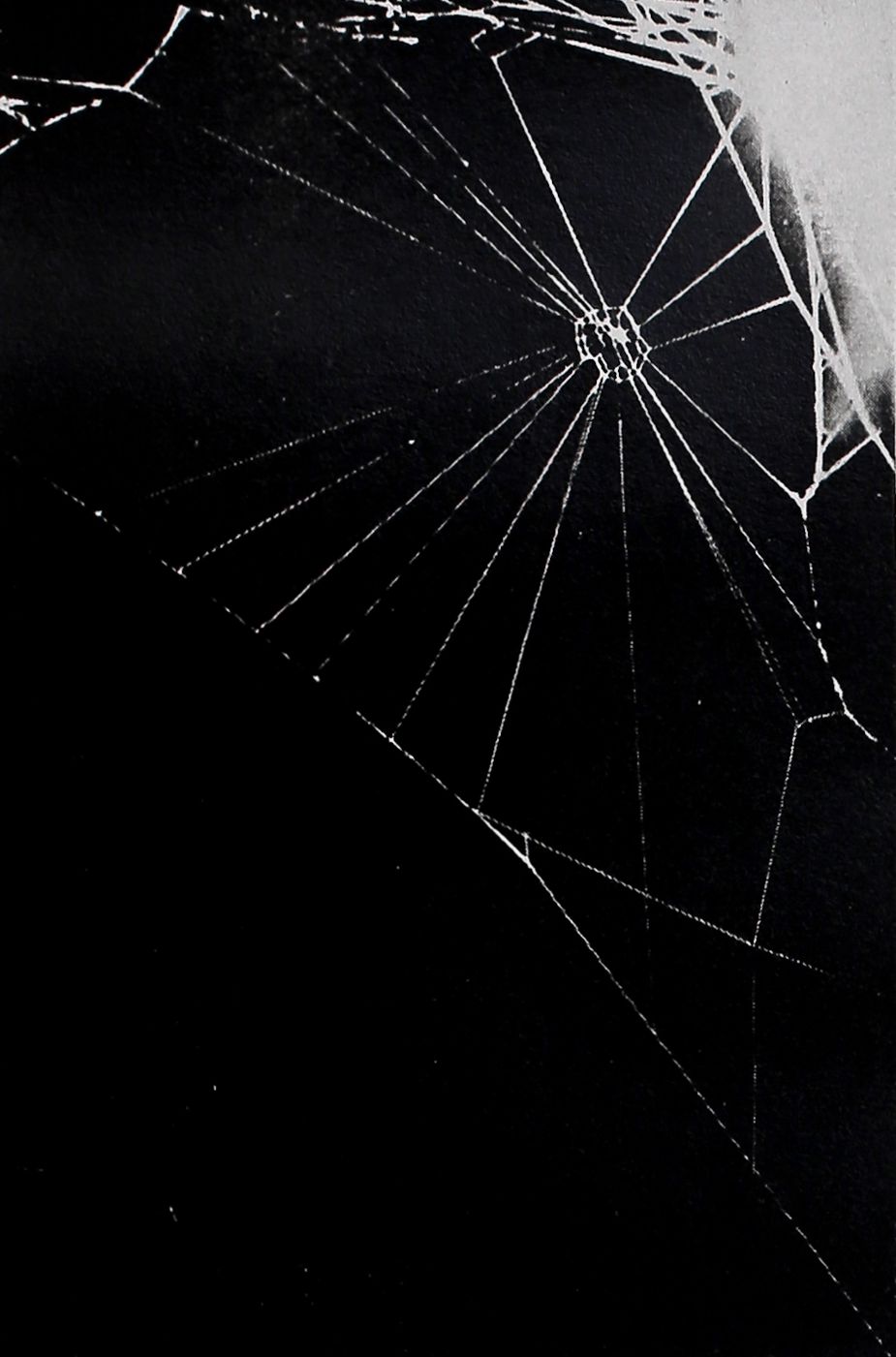 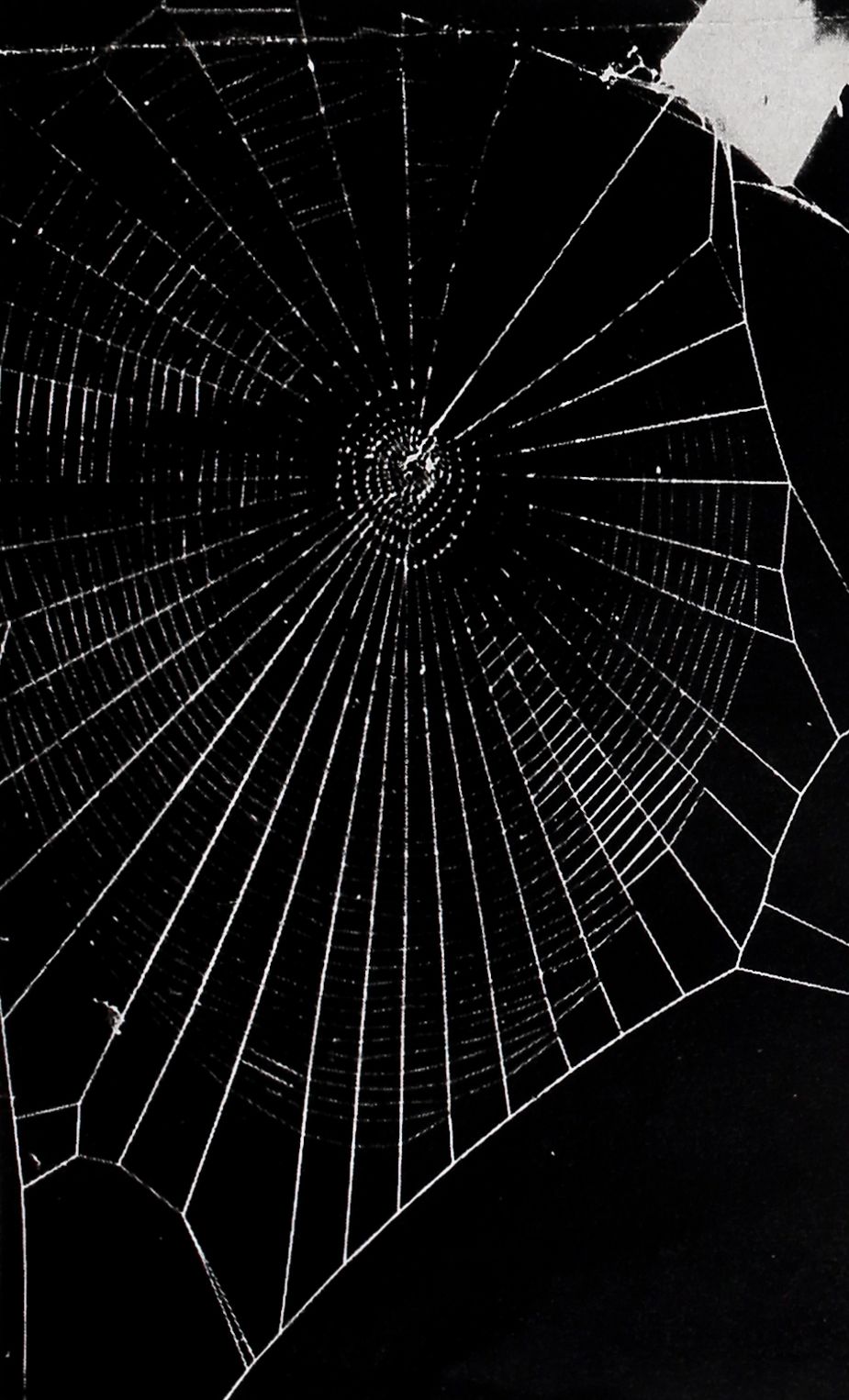 They build strange, significant cobwebs under influence of dope

Scientists have long found spider webs as serviceable as they are beautiful. Astronomers use web threads in their telescope sights and engineers use strands as crosshairs in range finders and transits. A young Swiss pharmacologist named Peter Witt now uses .cobwebs as drug analyzers. He has discovered that if a spider is doped, it will spin a eockeved cobweb. Different drugs apparently affect- different parts

of: the animal’s nervous system so that the abnormality of the web pattern will differ characteristically with the type of drug swallowed by the spider, as shown in the pictures^on these pages. Dr. Witt uses these odd nets as a quick, sure way of identifying drugs and says that the spider method is far easier than the elaboratechemical analyses usually needed to differentiate between closely related drugs.

FORCED FEEDING is achieved with drug-filled syringe (top). Mistaking the needle for trapped insect, spider rushes to it (bottom), drinks drop of drug.

FRAMES FOR WEBS whiclivspidcrs will spin in laboratory are hung in a window by Dr., s6 that lie Can see fine strands silhouetted against sky.

NATURAL FEEDING is accomplished by filling abdomen of dead fly with sweetened drug fluid, placing it at edge of web. Spider will gorge on the bait.

A PERFECT WER, better than normal, is built    BENZEDRINELIKE DRUG, Pervitin, causes a    the stimulant that it cannot coordinate. It weaves

when lysergic acid produces one-track mind, dulls    spider to build a one-sided web. After laying a foun-    back and forth at one end only, laying down too

all distractions. Spider concentrates on web alone.    dation for a large web it becomes so restless under    many strands there but not completing whole net.